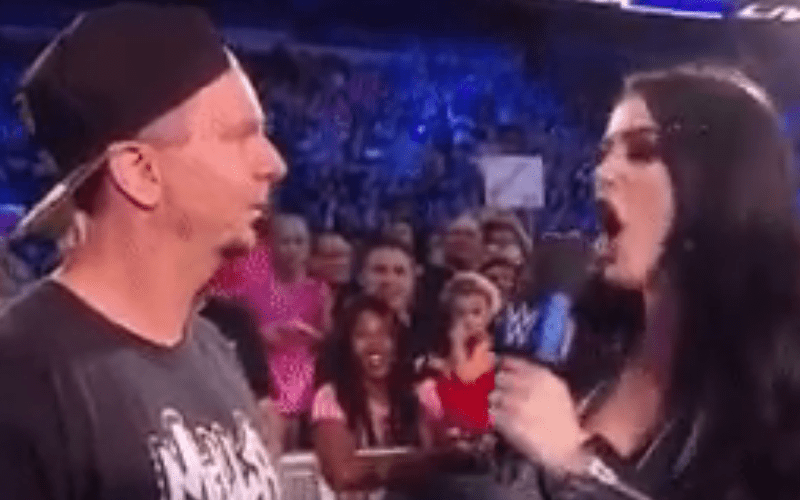 Paige was about to announce who AJ Styles will face at SummerSlam. Then James Ellsworth came out and interrupted them.

The two of them started a back and forth where Ellsworth insulted Paige for being so pale so she fired him.

After he was fired by Paige, he was carried by security out of the arena kicking and telling them to put him down. They finally put him down and kicked him out of the building.

It looks like this is how WWE is going to write Ellsworth out of the storyline this time because when Carmella asked Paige what was wrong with her, Paige responded that she should buy another boyfriend.

It looks like Ellsworth was just around for another very short run to get Mella through Asuka. Ellsworth was just under a per night deal and only working television and pay-per-views. Since he wasn’t working house shows and he didn’t have an actual contract, this could have been expected. But it was fun while it lasted.