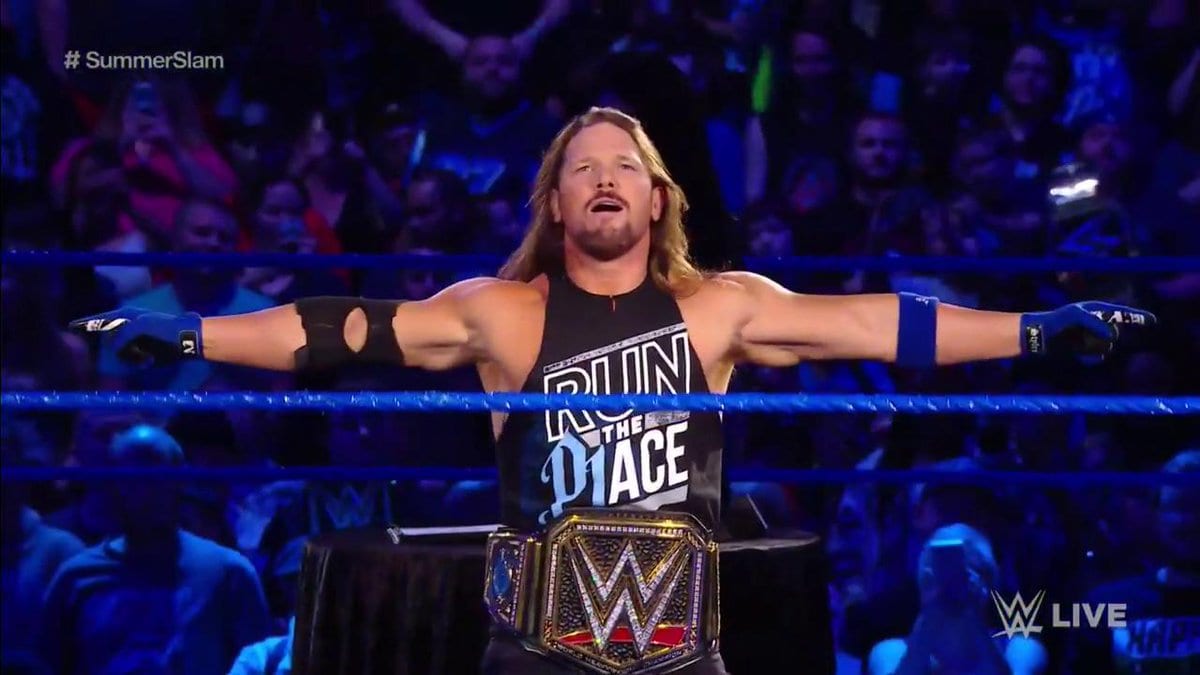 AJ Styles is WWE Champion and he needs an opponent at SummerSlam. Styles had little trouble defeating Rusev at Extreme Rules and Paige came out on SmackDown Live this week to announce his new opponent.

Paige had the contract all ready to sign before Styles’ opponent was even announced. After Ellsworth was fired and escorted out of the building, Samoa Joe jumped Styles and signed the contract. It looks like Samoa Joe is going to be AJ Styles’ SummerSlam opponent.

Did @SamoaJoe just SIGN the contract to face @AJStylesOrg for the #WWETitle at #SummerSlam? #SDLive pic.twitter.com/6iyBTZhj9i

This will be a big match at the Barclays Center. SummerSlam will have to be a big show because it has a lot to live up to. The WWE Championship match is typically in the middle of the show because Lensar is probably a lock to main event the show.

So it will be up to AJ Styles and Samoa Joe to steal the show in Brooklyn and they’ve done it before so they could very well do it again.