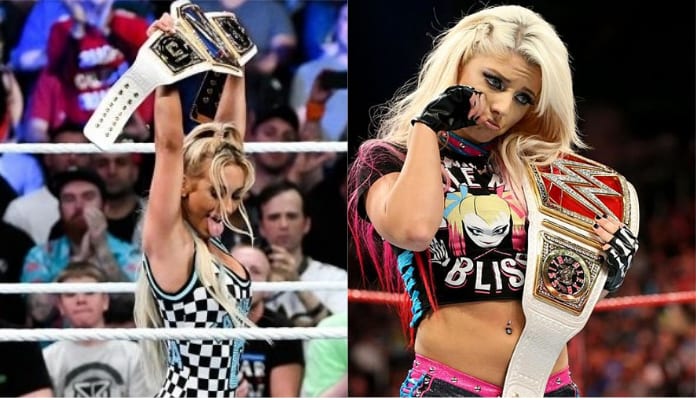 The all-female PPV could be happening sooner than most might think. With such a big event possibly coming up, it looks like October will be the time for this event.

“Here’s the thing though, if they’re going to do a women’s only pay-per-view and your champions are Carmella and Alexa Bliss that’s tough. Because if you end with those two, they is going to be a struggle I think they may have to change those titles. Because Carmella and  Alexa Bliss matches have not been good.”

It was noted that they could have a title on Ronday Rousey, but only time will tell how they would set that up. But there isn’t a lot of faith in Bliss or Mella at this point to really pull down a main event.