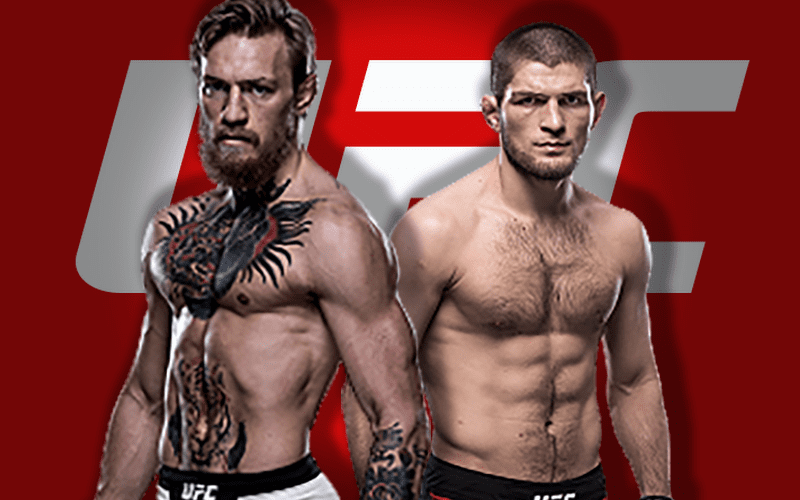 As the speculation surrounding Conor McGregor’s future in mixed martial arts continues, Sky Bet has released betting odds for his potential showdown with Khabib Nurmagomedov for the UFC Lightweight Championship.

The 155-pound title formerly belonged to The Notorious One after he defeated Eddie Alvarez way back at UFC 205 in November 2016, but courtesy of the bus incident which took place in Brooklyn earlier this year, Conor was stripped of the title and Khabib won it against Al Iaquinta just a few short days later.

McGregor recently took a trip to Russia in order to watch the 2018 FIFA World Cup final as Vladimir Putin’s guest, although some people believed that his real purpose was to poke fun at Khabib and hint at a possible match-up somewhere down the line. Fans around the world have different viewpoints regarding how it would go down if they did end up squaring off inside the octagon, but according to the aforementioned odds, Nurmagomedov would be the favourite.

Khabib has been given 4/7 odds to overcome Conor, whereas the Irishman is the underdog at 5/4. There’s no guarantee that this match will even happen before the end of 2018 if at all, but the rumblings have been getting louder and louder over the course of the last few months – especially in the wake of the UFC 223 ordeal.

Before he can finalise the details for this fight, however, Conor will be heading to court at the end of this month to learn of his potential punishment stemming from the infamous ‘bus’ incident in April.

If McGregor vs Nurmagomedov does go down before the year is out, the UFC 229 and UFC 232 cards in Las Vegas (October 6th & December 29th) would be viewed as the most likely events to host the mammoth fight.