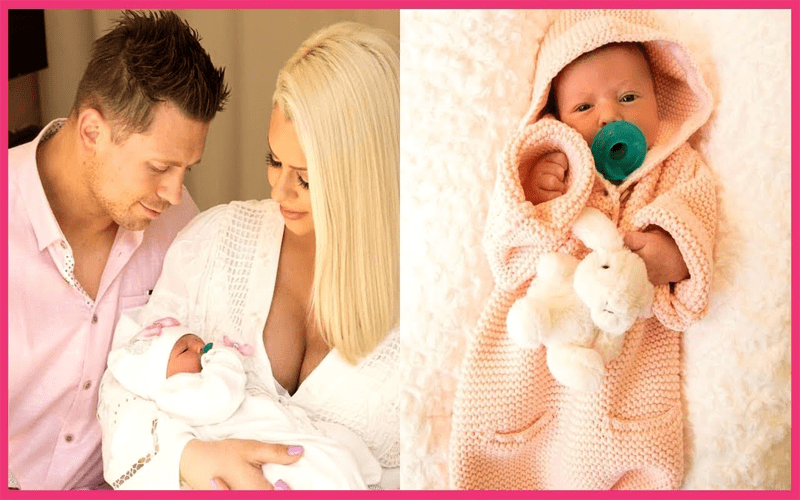 The Miz and Maryse are proud parents following the birth of their baby daughter Monroe Sky back in March. The two SmackDown Live Superstars were interviewed by People to discuss the difficulties of being parents whilst traveling the world as a WWE Superstar.

In addition to this, The Miz & Maryse have been filming Miz & Mrs and have been in the process of moving from Los Angeles to Austin, Texas. With Monroe, two dogs and two cats and a television show and a WWE schedule to think about- the couple have had a lot to deal with.

On that note, Maryse, now 35-years-old, had the following to say:

The Miz, now 37-years-old, added his own thoughts:

“Two dogs, two cats … The best advice I can do is don’t do that. Don’t have a kid, and then two weeks later move to Austin because it doesn’t work. It makes for a funny TV show. It was fun for you guys. It wasn’t fun for us.”

Amongst all the stress that has come about with everything they’ve been dealing with, The Miz & Maryse find time to still enjoy themselves.

Maryse believes her husband has a great voice and can shake it:

The Miz insists on clarifying what it is he does:

When The Miz is on the road for WWE, he FaceTimes his wife and child to spend time with them.

“You should see me on the phone on FaceTime with her. I’m sitting here in my gear ready to go out to WWE, and I’m like, ‘Who’s my girl?!’ ”

On having the support of Maryse with everything he has had to do, The Miz believes there is nobody better.

“There’s no one that I’d rather have on my team than her because she just helps me out always, always puts great stuff in my head, basically giving me the confidence. She always sends me videos of Monroe, pictures,” The Miz says of his wife.

“It’s just one of those things that you adapt to everything. That’s what you learn in WWE, you adapt.”

How do you feel The Miz & Maryse are handling everything? Have you heard the stories from The Miz on FaceTiming his daughter? Sound off in the comments below.