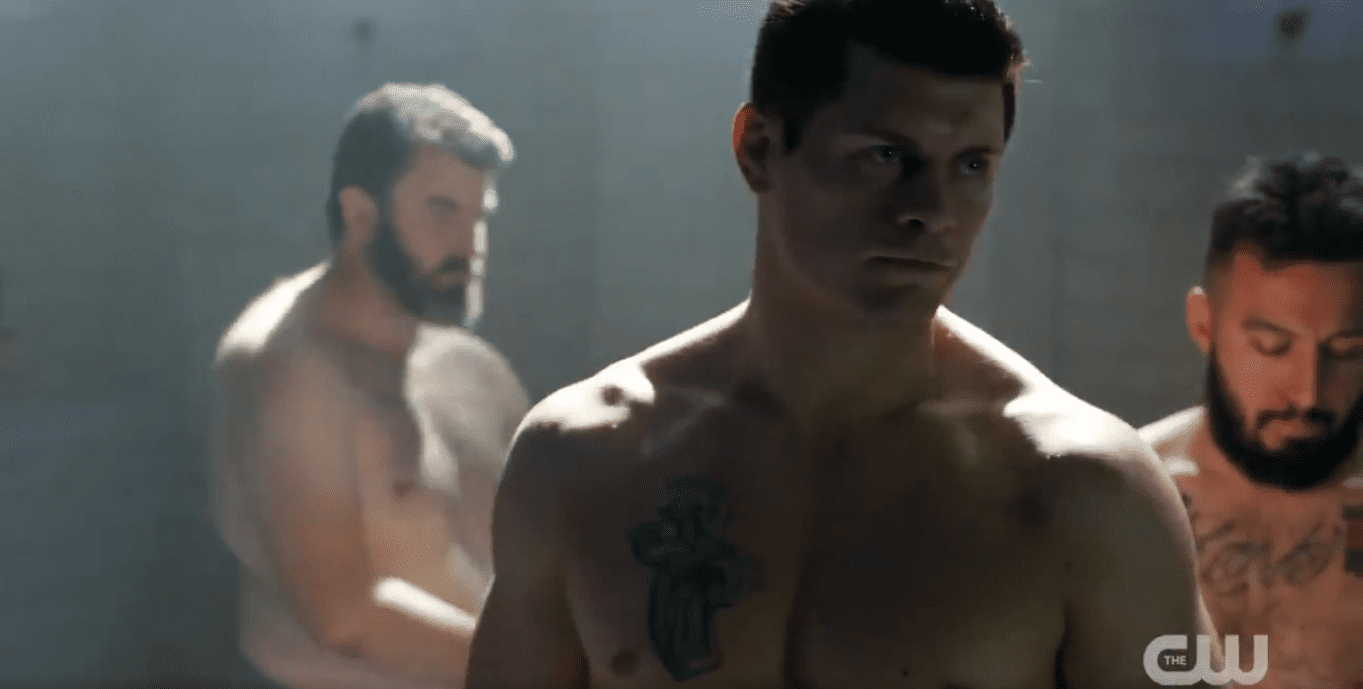 For those of you who don’t know, Cody Rhodes plays the role of a recurring villain on the hit CW TV series Arrow. Rhodes’ character is called Derek Sampson who is an adversary of Stephen Amell’s character, Oliver Queen.

During the San Diego Comic-Con, the official trailer for Arrow’s 7th season was released. The trailer featured Rhodes as Sampson and indicated that he will have a much bigger part to play this time around.

Rhodes also confirmed that his character will appear on multiple episodes of the show.

…and he’s got a few friends in prison with him…

Incredibly proud to be back on Arrow for multiple episodes in season 7 https://t.co/6YchheEQE6