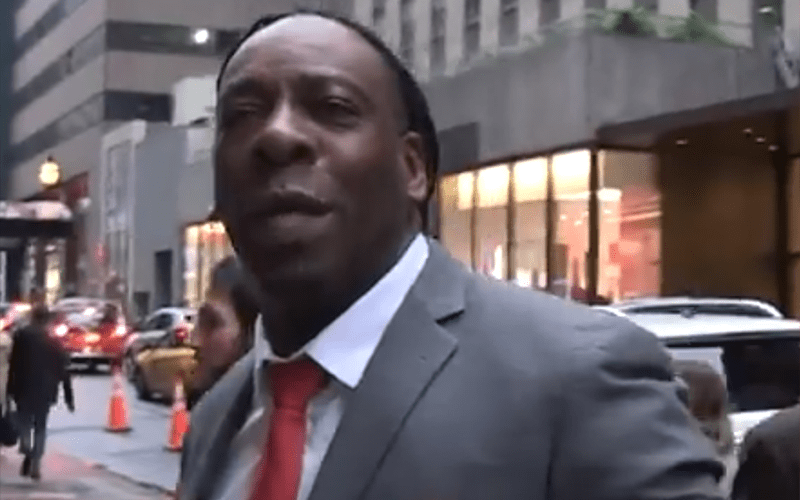 Back in the day, Booker T was both an incredibly gifted and popular Superstar. Booker retired from in-ring competition back in July 2016, but during an interview on The Sam Roberts Wrestling Podcast, Booker revealed he would be open to coming out of retirement, but it wouldn’t be for WWE.

“You never know when that last match is. We all like to say that we have one more match in us. My thing is that I am in good shape. I am in never going to be 100% in tip-top shape like when I was twenty-five or something like that. I think for my age I think I am doing pretty good. I can do more pushups than any of my students in my school. I can do more pull-ups than any of my students as well. So I say, why not go have one more match when I can still do this?

“There will come a time when I won’t be able to do this, so why not do it while I still can? I say, go out there and have some fun. Let’s get something straight though, I don’t want anyone to think about me coming back for a SummerSlam or a WrestleMania. If I do come back, it is going to be at Reality of Wrestling. It’ll be against one of my students just to show them what it is that I teach them so that they can go out there and get things taught from the right perspective.”

In addition to that confirmation, Booker T explained how he is content with where he is at in his life

“I have been able to face champions like ‘Nature Boy’ Ric Flair to the current champion, AJ Styles. I don’t know too many people that can say something like that. That is an awesome stat. For me to be a part of that, and my name to be part of it is pretty cool, but not to leave off that I may have one more match left in me.

“My thing is that I am happy and I am content where I am at right now. People ask me all the time whether I miss it, and I say, no. I don’t miss it because I got to do everything that I wanted to do in pro wrestling, but I look at myself now and say, hey, why not push the limit to see where I can go? I tried out for the American Gladiators way back in the day.

“I fell out in the first round. I had to do 50 pushups with my fingerprints but that wasn’t something that I was prepared for. I don’t ever look back and say that I didn’t try. I always tell my younger students that you don’t ever want to have any regrets in life. You can’t go back in time or anything like that. I am living in the present.”

Would you like to see Booker return? Who would you want him to face? Sound off in the comments below.