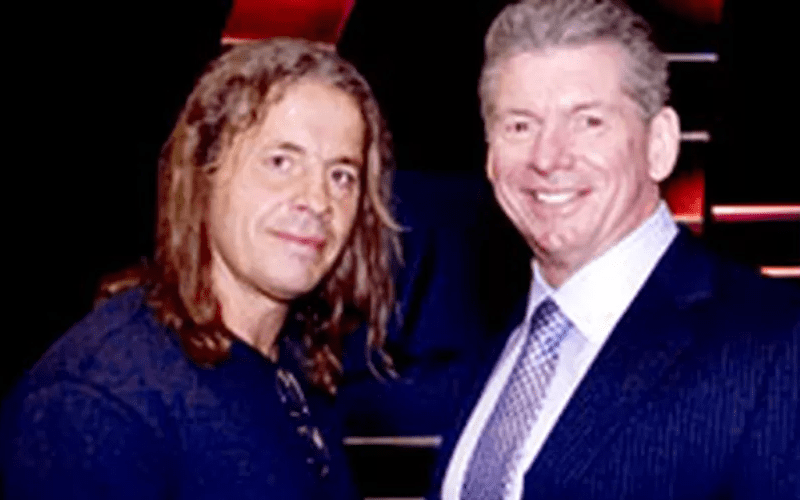 While speaking with Sky Sports, Bret Hart revealed how Vince McMahon talked to him about turning heel back during his WWE run in the 90’s.

“I very much worried about losing my fan base when they wanted to turn me heel. I remember that Vince McMahon laughed and joked on the phone when he called me to tell me, and I said ‘I don’t want to turn heel, I don’t want to be a bad guy.’

“Vince said ‘Give me five minutes and I’ll talk you into it’, and I said ‘No, thank you, I’m not interested,’ but he talked me into it pretty fast because my option as a good guy was that I was going to wrestle Vader for the next year. That was going to be brutal, and I was thinking ‘anything but Vader.’ So the heel turn was a difficult choice to make, and I remember Vince stressed to me – and I wonder whether that was the beginning of them trying to tear me down – that ‘You are going to be a hero everywhere else except the United States.’

“I don’t know if they were totally honest. I remember when we wrestled that pay-per-view in ’97 in Birmingham that they were clearly trying to turn me heal or trying to turn the audience against me on the mic and commentary, and that was Vince and Jim Ross and guys like that.”

Bret also discussed being a hero and how he takes it seriously.

“I take being a hero really seriously. I know there are a lot of kids that watched me that are all grown up now, and they’ve watched me evolve in my life, from fighting cancer to fighting a stroke, even the screw job and my brother Owen passing. There are all these things I’ve had to go through in the public eye, and I think people respect me for how I carried myself.”