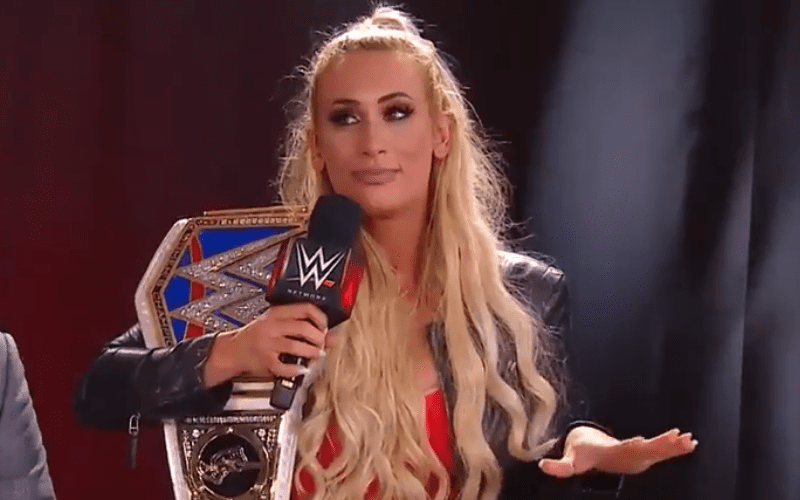 While discussing Sunday’s Extreme Rules post-show on The Ross Report, Jim Ross commented on Caremlla’s promo and accused the SmackDown Women’s Champion of going into business for herself.

“I think that Carmella in the post-game show that I watched on Extreme Rules, she inadvertently gathered some go away heat. She was over the top. It was awkward in my view. I understand. I appreciate her enthusiasm; but, she kinda went into business for herself, it seemed like, and I think that kinda turned some people off. It didn’t sound really WWE-ish. This young woman has improved a lot. She’s got a great look. She really does. She loves being a heel. That means a lot. This is not a nock on Carmella. It’s just the fact that everybody had these wonderful expectations of Asuka, who just a few months ago at WrestleMania was in one the most desired and eagerly anticipated matches of the night against Charlotte. I think the go away heat had an issue there with Asuka and this whole situation being looked at so negatively and there’s a fine line folks between villain heat and go away heat, a fine line, and I think we saw the other side of that line, not the good sign of that line, in the Extreme Rules post-game show. She might have been a little bit over the top.”

You can check out footage from the post-show below.

(H/T to Wrestlezone for the above quote)