Could, Would, Should: Andrade Almas vs. AJ Styles at Summerslam

Could, would, should. Three words that rhyme. They’re also three words that ask a question, and I’m asking some questions right now. I’ve got questions about Andrade Almas facing AJ Styles at Summerslam.

On Smackdown this week, Andrade Almas and AJ Styles faced each other in a one on one match for the first time ever. It was a pretty good match. Despite Almas tapping to the Calf Crusher, he came off looking like a dangerous predator. It was quite the showing for him.

With General Manager Paige set to make an important announcement about Styles’ opponent at Summerslam, one cannot help but wonder if the stars will align for El Idolo at the biggest event of the summer. 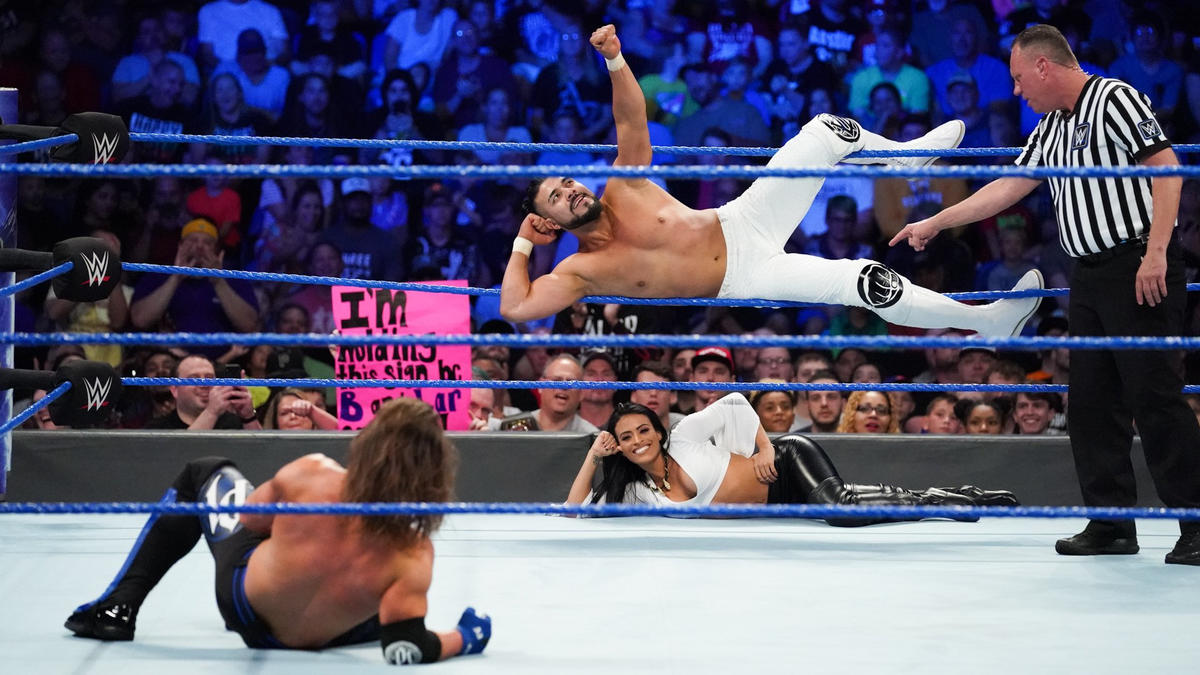 This is an odd question. As I’ve mentioned before, this is all predetermined, so theoretically, anything “could” happen. James Ellsworth could beat Brock Lesnar. Tye Dillinger could become United States Champion. Bobby Roode could become interesting. Theoretically, Andrade Almas could face AJ Styles at Summerslam, if WWE really wanted to go in that direction.

I think the bigger question is this: would it be believable?  Everyone knows that people can’t really survive receiving Tombstone Piledrivers and that there is no way a Spanish Fly would work, but if there’s one thing people want to see in their dancing/combat sports hybrid, it’s realism.

If Almas was to become the number one contender, I think it would leave some people scratching their heads. Why him? He just lost to AJ Styles. He’s only fought two people on the roster, and he lost to one of them. If Almas becomes the contender, what’s stopping someone like R-Truth from challenging for the title?

Even if he “earned” it, say, by beating Daniel Bryan, Samoa Joe, The Miz, Rusev, a New Day member, Randy Orton, and Sheamus/Cesaro in an eight-pack match or whatever, I think people would still have beef with it. Almas has been on the roster for what, two months? And he’s challenging for the WWE Championship? No way.

Flip Gordon Talks ROH’s Honor for All, Facing Nick Aldis and ALL In Show