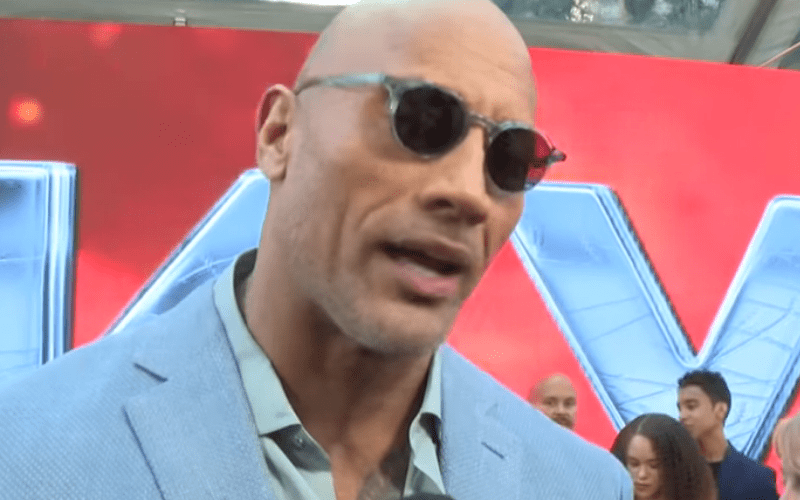 Dwayne “The Rock” Johnson has made a name for himself far beyond anything WWE could have ever hoped for. Now a massively successful movie star, The Rock remains loyal to his family in the wrestling business. As a matter of fact, Forbes has consistently listed the Superstar as one of the world’s highest-paid movie stars.

In 2017, The Rock starred in a total of three movies. These were The Fate Of The Furious, Baywatch and Jumanji. This year he has already starred in Skyscraper and Rampage.

As the accolades continue to grow for The Rock, he remains humble. Forbes listed the former WWE Champion at #5 on the highest paid celebrities of 2018 list. Check out what the megastar had to say on his Instagram:

“??
I work extremely hard but never anticipated (in my wildest dreams) I’d become the highest paid actor in Forbes’ history.
I don’t have a Harvard MBA, but my business philosophy and acumen has been sharpened over time and thru failure.
My goal when I was wrestling in flea markets for $40bucks per match (well before the bright lights of the @wwe) is still the exact same goal I have today – ALWAYS put my AUDIENCE FIRST.
I have one boss – the world.
Send you home happy, and I’ve done my job.
I’m the dude who started w/ $7bucks.
I’m grateful to the bone and hungry to the core.
#MakingForbesHistory
#AudienceFirstPhilosophy
#FleaMarketDreams
#HardestWorkerInTheRoom”

Congratulations to @TheRock on becoming the highest-paid actor in @Forbes #Celeb100 history. The hardest working man in show business proving once again that anything is possible through hard work. https://t.co/xJScYQ0jxD

What is your favorite movie from The Rock? Did you ever expect him to reach these heights? Sound off in the comments below.