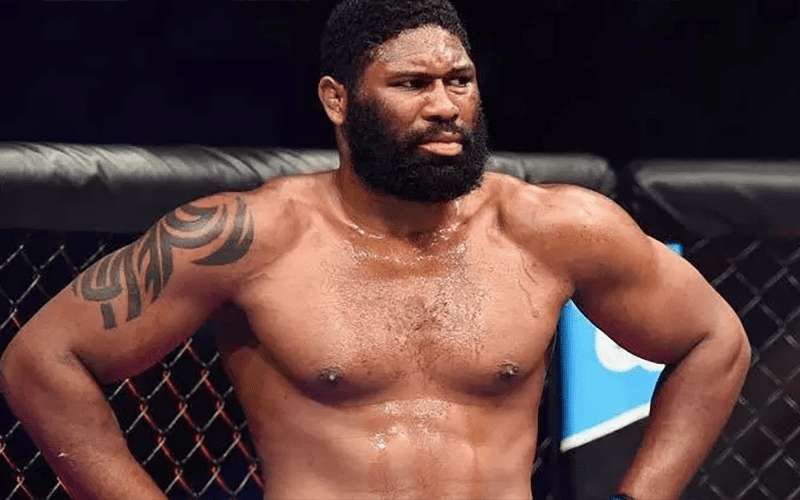 Curtis Blaydes believes that the UFC doesn’t want him to capture the heavyweight championship title.

While speaking to MMA Junkie Radio, Blaydes explained why he believes there are politics at play when it comes to his title opportunity.

“I’m willing to wait, because I have this feeling that the UFC – they don’t really want me to have the belt. Because I don’t have the most exciting – my style isn’t the most fan-friendly. So I feel they would take every opportunity to not give me a title shot because they know my wrestling is the x-factor. If I have to, I will just take a guy down and ground and pound him for three rounds. Which, they’re right, is not the most exciting version of fighting. But it is the most effective, especially going against the heavyweights I have to go against. So me taking another opponent and me winning, I don’t think they would even care about that. I feel like even if I called out Stipe (Miocic) and I won, they would probably give it to Cain Velasquez or, who knows, maybe even Jon Jones or maybe Junior Dos Santos. There’s so many other guys that I know the UFC would rather have as champion of the heavyweights.”