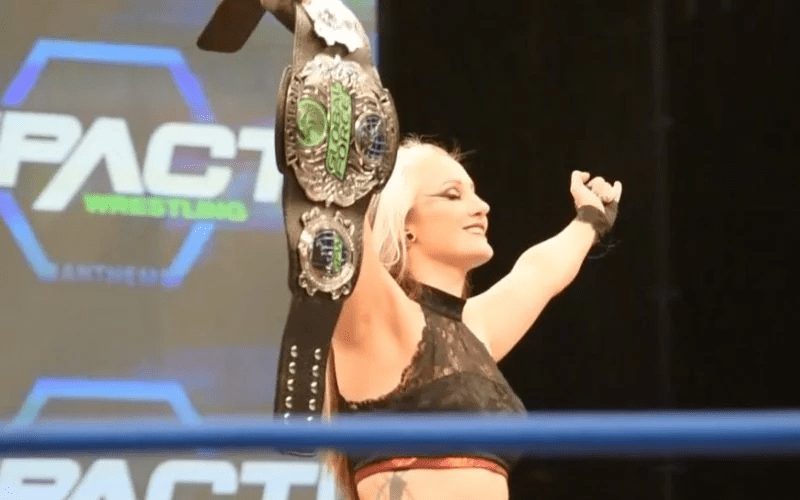 Sienna appears to be done with Impact Wrestling after her profile page was move from the active roster page on their official website and placed under the alumni section.

Sienna was hospitalized back at the January TV tapings when she was experiencing short and labored breathing, along with severe back spasms/sharp pains. It was later discovered that she had a blood clot in each of her lungs.

Sienna’s contract apparently ran out while she was out of action and she did not re-sign with the company.