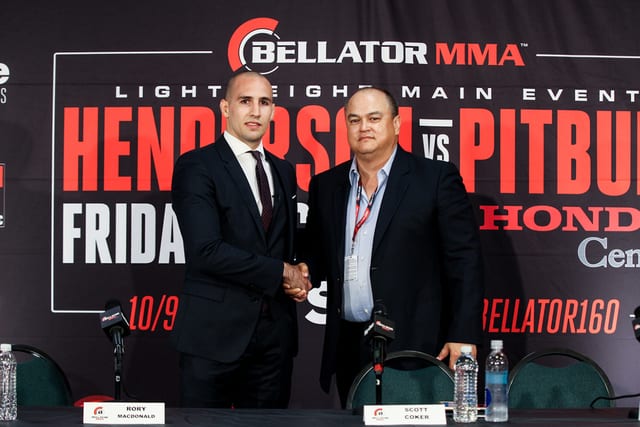 Bellator MMA is adopting the same approach that is paying dividends for them in their Heavyweight division and applying it to their 170-pound roster.

At the press conference convened to announce the US launch of their partner DAZN, Bellator president Scott Coker announced a 9 man field for the tournament, with one more spot yet to be filled.

Prominent names such as Rory MacDonald and undefeated phenom Michael ‘Venom’ Page are among those announced, according to MMA Fighting.

The first fight in the tournament takes place on September 29 at Bellator 205 when former Champions Andrey Koreshkov and Douglas Lima fight in a rubber match to decide their rivalry and progression into the next round.