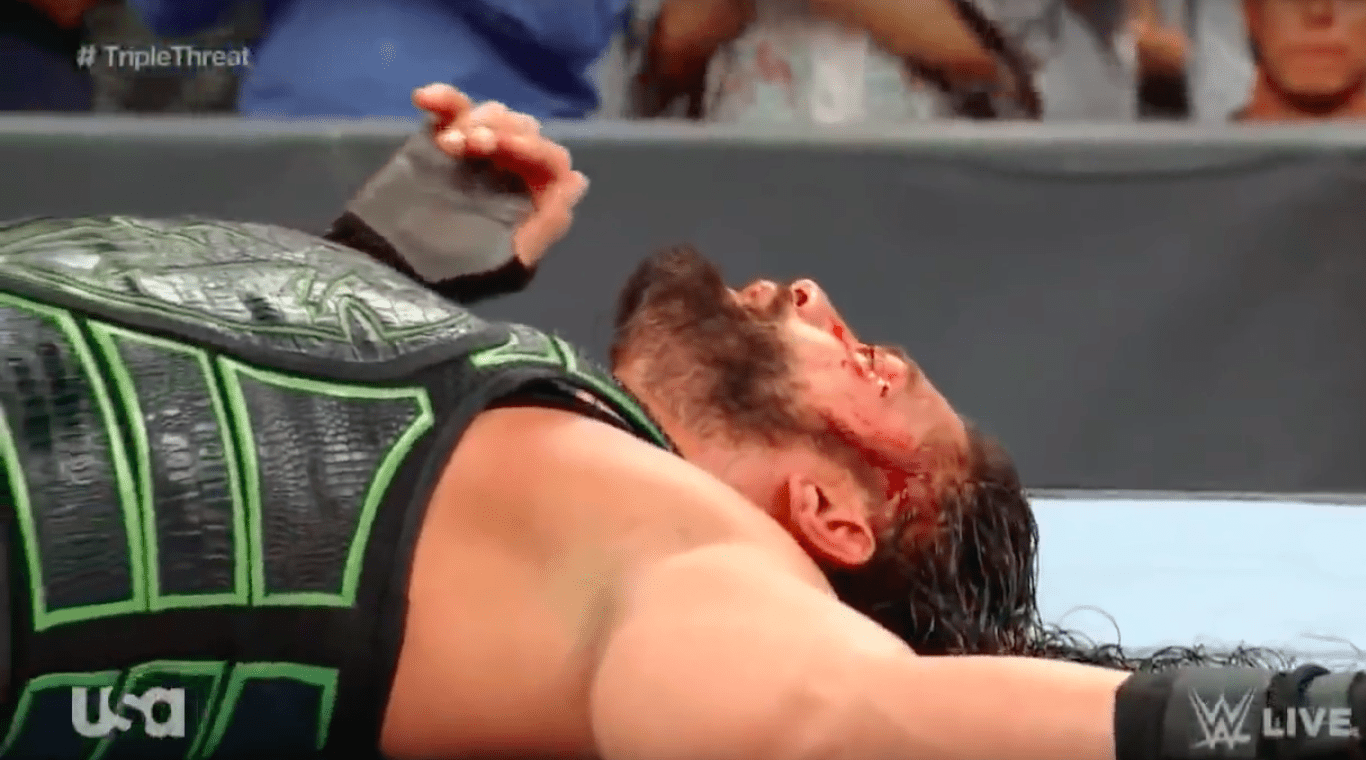 The Big Dog emerged victorious in a triple-threat qualifying bout against Drew McIntyre and Finn Balor and will go on to face Bobby Lashley next week on Raw in an Extreme Rules rematch. At some point Roman got busted open pretty badly during an encounter with McIntyre and seemed a little woozy for the final sequences of the match.

Fortunately, according to Mike Johnson at PW Insider Reigns is okay and won’t be missing any time. Roman’s wound was cleaned up as soon as the bout concluded and he was assessed backstage for the WWE’s concussion protocol.

It seems nothing will get in the way of the Big Dog’s showdown with the Beast.