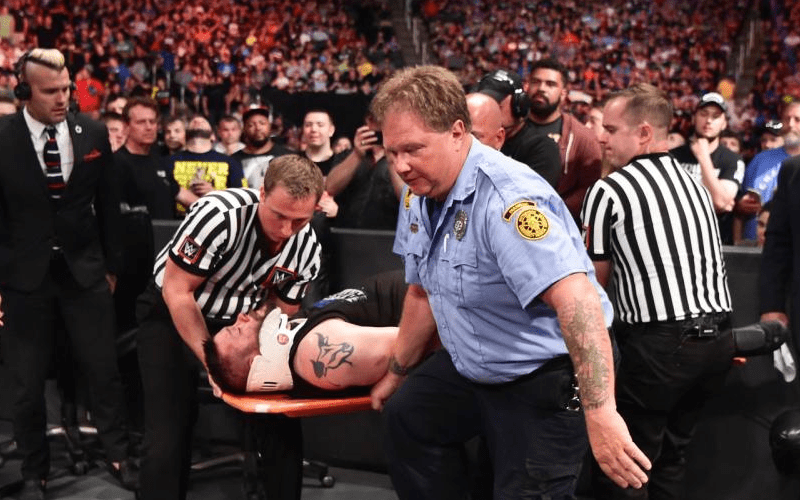 WWE has reported that Kevin Owens sustained “multiple injuries”, including bruising of the shoulder & back, bruised ribs and a neck strain after being tossed from the top of the steel cage by Braun Strowman at Extreme Rules on Sunday night.

PWInsider reports that the injuries WWE reported are storyline and not legitimate. WWE kept Owens off television Monday night to sell the injuries and he’s still scheduled for this weekend’s WWE Live Events in Kentucky.