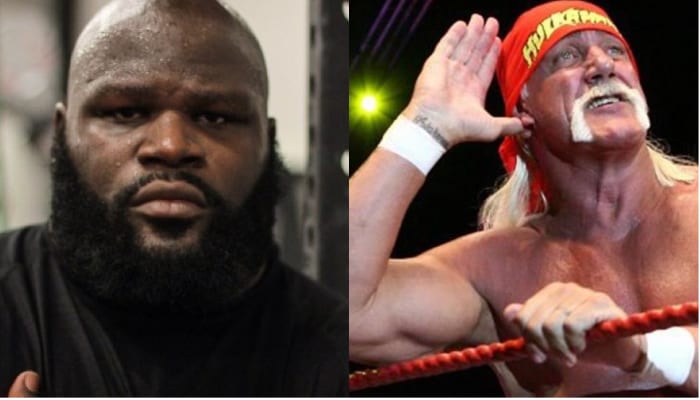 Hulk Hogan is a WWE Hall Of Famer again and it seems like only a matter of time before we see his return on television. He hasn’t signed a new deal with WWE yet but he’s doing whatever he can to make it right.

Mark Henry needed some convincing and talked to Hogan at Extreme Rules. Hulk had a speech for the locker room where he said he would make everything good and apologized. Titus O’Neil didn’t seem to buy it, but Henry might have been convinced as he spoke to Busted Open Radio about what he said to Hogan. Henry was asked if he thinks Hogan is willing to do what it takes to fix things.

“He’s like, ‘Mark I’ll do whatever. Because I want people to see my heart not what I said anymore. It’s an embarrassing thing. I go places and I see people giving me a look I’m not used to getting and it’s been that way since that time.’ He said, ‘I can’t live with it like that. I gotta fix it.'”

Only time will tell how much involvement Hulk Hogan will have with WWE and how soon it will happen. But it looks like he has The World’s Strongest Man in his corner if he keeps up his genuine efforts to fix things.