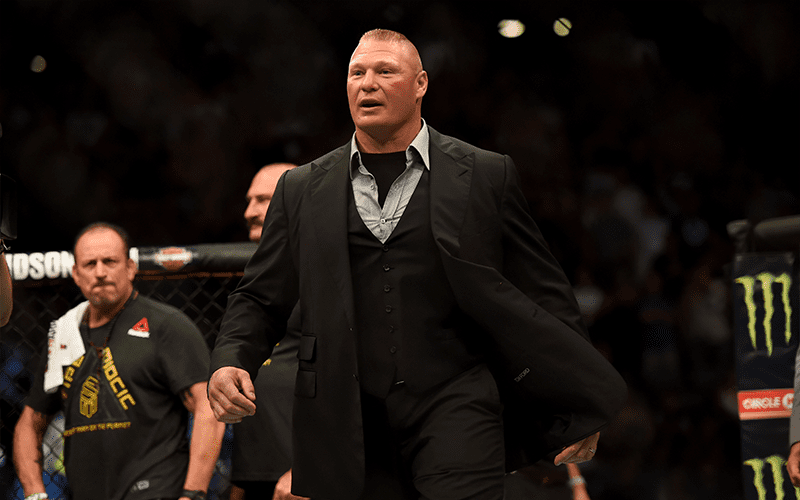 WWE Universal Champion Brock Lesnar returned to the UFC at UFC 226 where he set up an eventual bout between himself and UFC Heavyweight Champion Daniel Cormier. This comes after Lesnar reportedly re-entered the USADA testing pool on July 3.

During an appearance on Sam Roberts’ Wrestling Podcast, Booker T sat down to discuss Lesnar’s reported return fight to the UFC, which could happen as early as January 2019.

Booker compared Lesnar to other famous athletes who created interest in their performances with controversy.

“I think MMA fans need to realize that it is entertainment, first and foremost. Every sport, I don’t care what it is, controversy always seems to bring more eyes to the sport. Whether it is because of steroids in Baseball that caused Barry Bonds and Mark McGwire to hit more home runs, or whether it was Muhammad Ali talking about Joe Frazier, there were eyes on him, same with Brock Lesnar.”

Following his fight against Mark Hunt at UFC 200, Lesnar was suspended for failing a drug test. The WWE Universal Champion tested for hydroxy-clomiphene which is a banned anti-estrogen agent which can be used in conjunction with PEDs. Due to this, Lesnar’s victory against Hunt was ruled a no-contest.

Booker also discussed in detail UFC’s strategy to bring notable names in to compete for them- listing CM Punk as an example. This is the reason Lesnar was likely brought in to fight Cormier.

“With him coming to UFC and causing havoc, I know a lot of fans aren’t wanting it. I am sure that the UFC is eating it up. To bring CM Punk into the UFC it was all about buyrates. Giving the fans from the pro wrestling world to get into the UFC world because right now the UFC is struggling for stars. Let’s just get it out there. Daniel Cormier wouldn’t have had to move from Light Heavyweight to Heavyweight if he had someone to fight.

“That is just clear to me. With Brock Lesnar coming over, who better to fight DC than Brock Lesnar? I mean, come on. It’s one of those chances there again to make the professional wrestler look back, but Brock Lesnar is the real deal and is capable of going there and beating Daniel Cormier.”

Who do you see winning that eventual bout? Do you agree with Booker? Sound off in the comments below.