He notes that it certainly wasn’t their intention to hurt Ross. He thought the guardrails were going to be locked together after workers told him they would be locked earlier in the day. He informs that he apologized to Ross after the match. 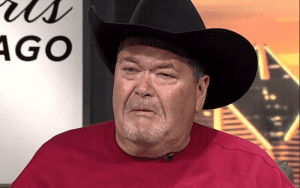 X-Pac points out that Takahashi suffered a neck injury at this show, and he wonders if there’s been any internal discussions at NJPW about taking less risks in the ring. Robinson informs that there hasn’t really been any internal discussions about toning down the risky spots. In the end it’s up to each performer to take care of themselves and their opponents, and if they want to work a riskier style then that’s up to them. Robinson points out that Takahashi’s style is definitely crazier than most other performers’.

That sums up this week’s episode of X-Pac 1, 2,360. You can listen to the show yourself anytime here, and I’ll catch ya next week for another recap!