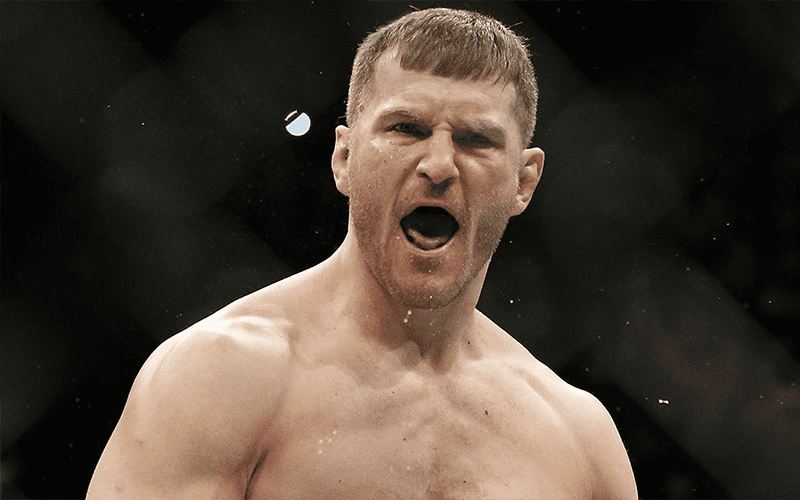 While speaking with ESPN, Stipe Miocic discussed Brock Lesnar’s appearance at UFC 226 and mentioned that is was disrespectful.

“It was a sh*t show and it was disrespectful. I didn’t think that was what the UFC was all about.”

Stipe revealed that he thought they were going to interview him after the match to ask him for a rematch but it didn’t exactly go down that way.

“I thought they were going to interview me [after the fight] and I was going to ask for a rematch. When Brock came in, I said, ‘I’m out of here, I don’t need this circus.’ How can you give a guy a title shot who hasn’t fought in over two years, is suspended, and his last fight is a no-contest because he was taking PEDs?”

Stipe says he believes he deserves the title not and says UFC is desperate for pay-per-view buys.

“I want a title shot. I deserve it. [Lesnar] hasn’t fought in how long? For him to get a title shot, as I get thrown to the side? It just seems like they are desperate for pay-per-views. I cleaned out the division. I defended it more than anyone, and you’re gonna tell me I don’t deserve a chance to get it back? Get out of here. Kiss my ass if you don’t think I deserve that.”