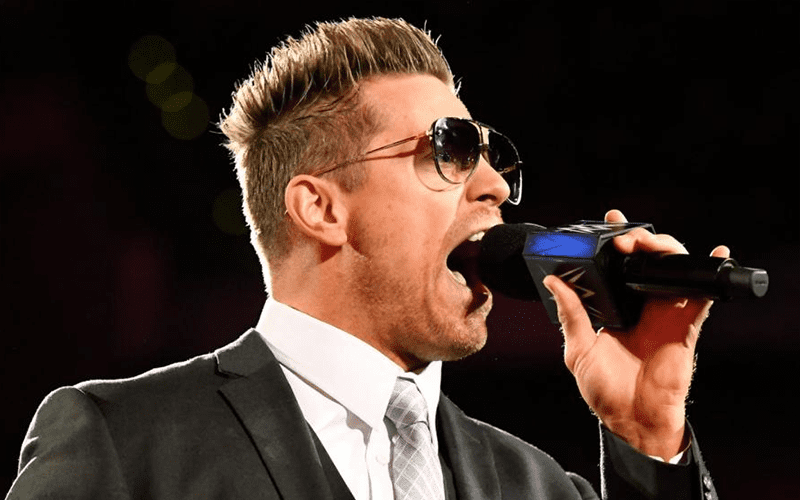 The Miz is arguably one of the more prominent heels on WWE TV right now and of the past few years. In fact, his reign as Intercontinental Champion combined with his impressive skills in the ring and on the microphone led many doubters to become supporters.

According to Miz in an interview with TheWrap.com, this isn’t enough. He wants to continue building his character, capitalizing on certain circumstances to become a much bigger heel. If anyone seemingly knows how to create heat and catapult himself further up the card, it is The Miz.

As many fans are aware, The Miz and his wife Maryse recently gave birth to their first daughter- Monroe Sky Mizannin. The Miz recently talked at length to Gorilla Position about missing his daughter while on the road. Now it appears he is taking that to another level in his actual on-screen character.

He had the following idea to present to The Wrap in regards to becoming more of a heel:

“We weave our real lives into our WWE life.

“We just look at what’s happening in our lives and what can we do? What’s the most annoying- as a bad guy, as a villain, what’s the thing we can do to make people hate us?

“Now, it’s truly wonderful to have a kid. It’s the best gift you could possibly get, but have you ever met those people who just talk about it all day long, and it’s just annoying?

“That’s kind of what I started doing and I was like, ‘This will be fun. I’ll just start talking about it all the time. It’ll be endearing at first, but then it’ll get annoying.”

It remains to be seen what happens with his on-screen character, but it is worth noting that The Miz does continue bringing up his family on television.

Are you getting annoyed with The Miz referencing his family? Are you a fan? Sound off in the comments below.