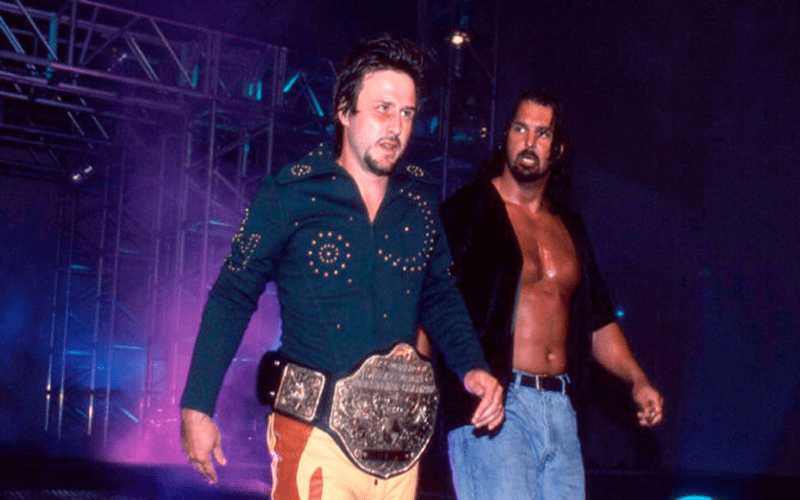 David Arquette is a famous actor and former WCW World Heavyweight Champion. To this day, you can still find people talking about Arquette capturing the Championship despite being somebody that hadn’t trained to wrestle like all the men who were back in the locker room during those days.

With the hopes of demolishing all the jokes on social media about his Championship reign, Arquette has come out of retirement to face RJ City for the Championship Wrestling from Hollywood promotion where the former Champion is expected to emerge victoriously.

It has been made public in the past that Vince Russo came up with the idea of Arquette capturing the WCW World Heavyweight Championship. Russo himself has confirmed this. In addition to this, Arquette was told not to have much offense during his matches whilst in WCW. He competed in four- from WCW Nitro on April 24, 2000 through to WCW Slamboree on May 7, 2000.

While on the SNME podcast, Arquette revealed that there were a number of wrestlers who hated him backstage based on the decision, as they themselves were waiting for opportunities to become Champion.

“There was a lot of hatred, and a lot of people got so pissed off. I remember telling one wrestler, I’m not sure who it was, wasn’t Bam Bam Bigelow, but it was someone who hadn’t ever been the champion before. And he was just so pissed. I was like I don’t know what to say, man. You know, that was my first inkling on how sort of upset people were gonna get.

“And obviously, I get it. These people dedicate their lives, I have nothing but respect for wrestlers. To this day, I haven’t taken a dime for wrestling… I get it. I’ve just been training for a little over a month now, and I get it. I mean, it’s painful. It’s intense. It takes a ton of hard work. These people go in and out every day working on themselves and working on their craft. So I get it… I always respected the business. I just sort of had an opportunity that I think a lot of people would have made the same decision if they were in that situation. And it’s sort of a dream come true for me, so I was like, ‘yeah. This is amazing.'”

Additionally, Arquette now feels that some fans have started to respect him more, knowing his heart was in the right place. He also reportedly never accepted any money from WCW, instead donating it to some professional wrestling families, such as Brian Pillman and Darren Drozdov’s families.

Arquette last had a wrestling match back in 2010 when he teamed with Alex Riley in a losing effort against Randy Orton- also receiving a powerbomb by Orton through a table.

What were your thoughts on Arquette capturing the WCW World Heavyweight Championship? Are you glad to see him back? Sound off in the comments below.