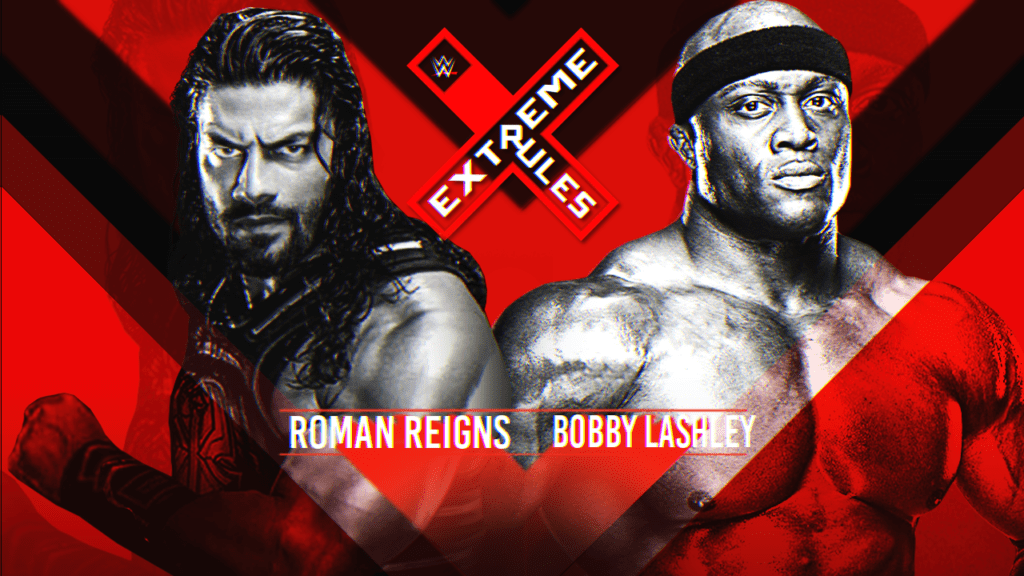 Welcome to Ringside News’ coverage of Extreme Rules 2018, which kicks-off at 6 PM ET, and the main card commences at 7 PM.

Tonight’s Extreme Rules card is a hefty one but maybe it’s more flash than substance. Considering the PPV theme, there’s actually only four matches with stipulation – five if you count James Ellsworth in a shark cage. I guess that’s down to most of the feuds lacking any real intensity. however one feud that did escalate this past week was Bobby Lashley and Roman Reigns. That feud was a shoe-in to fit the hardcore match type but instead, WWE gave that to Alexa Bliss and Nia Jax for no reason whatsoever. Lashley and Reigns could have a decent match but had weapons been involved fans would have been far more interested. Perhaps we’ll get a stipulation on the kick-off show.

One of the most anticipated matches on tonight’s card is that of Dolph Ziggler Vs. Seth Rollins for the Intercontinental Championship, under Iron Man rules. This match should be amazing and McIntyre in Dolph’s corner will only make it more so. Rollins is awesome but Dolph should retain here and keep surging up the card. Another exciting match is Rusev Vs. AJ Styles for the WWE Championship. Finally fans are getting to see Rusev in a prominent position, even if it is a hold-over until SummerSlam. These two will have a great match and hopefully management give more to Rusev down the line.

Elsewhere tonight, Team Hell No reunite to face the Bludgeon Brothers for the Tag Team Titles, Asuka battles Carmella with Ellsworth suspended above the ring in a cage, Jeff Hardy faces Shinsuke Nakamura for the U.S Championship, and Kevin Owens will be trapped within a steel cage against Braun Strowman. It’s a good card but the matches really need to deliver after a few sloppy months of TV. The pre-show starts at six and features two matches, including a tables match between The New Day and Sanity. Are you excited for the show? Let us know in the comments or download the Ringside Talk app, and remember to follow us on Instagram! Enjoy the show!

The pre-show begins with the panel of Renee Young, David Otunga, Sam Roberts, and Booker T. The quartet run down the entire card for tonight. We see Charly Caruso backstage and she mentions that Hulk Hogan is here and has been reinstated to the WWE Hall of Fame. That must lead to some awkward meetings.

Finn Balor joins the panel and says he doesn’t envy Kevin Owens being in the cage with Braun Strowman tonight. The panel say Owens’ best bet at survival is to try and escape right away. Young asks Balor how he feels about his match against Baron Corbin. Balor says he has been dealing with bullies like Corbin his whole career and tonight will be no different. Roberts says Corbin is Stephanie McMahon’s right hand man, so beating may make her an enemy. Balor says he wants to be in the title picture and if that means making an enemy of Stephanie then so be it.

Sin Cara sets the pace early with two headscissor takedowns, followed by flipping Almas over the top rope. Cara looks for a suicide dive but Almas sidesteps and he crashes into the barricade. Almas throws him back inside the ring as we see replays.

Almas then slows things down, stomping on Cara and taunting. Almas hangs Cara in the ropes and hits a neckbreaker for a two count. Sin Cara starts a comeback but eats a nasty back-elbow from Almas. Cara rolls from the ring and Almas follows-up with Tranquilo – laying on the ropes – and Zelina Vega does the same beneath him.

The broadcast goes split-screen, to show a commercial for Extreme Rules, meanwhile Almas has Cara grounded via an armbar. Sin Cara starts fighting back with some chops, then a springboard crossbody, followed by a springboard moonsault. Sin Cara tosses Almas to the corner and lands an impressive reverse frankensteiner for a two count. Almas takes to the top rope but Cara hits an enziguiri. Cara goes to the apron and meets Almas on the top rope.

Almas knocks Cara down to the tree of woe, looking for the double foot stomp, but Cara drops down and tosses Almas off, who lands on his back on the apron. Almas climbs to his feet and Sin Cara leaps off with a hurricanrana to the floor! Sin Cara gets him back inside and lands a frog splash but Vega gets on the apron to distract the referee. In the meantime, Almas hits Cara with a dropkick into the corner, followed by the double knees. Almas hits Cara with the hammerlock DDT for the win.

A solid match that featured just one botch by Cara. They have good chemistry but Almas and Vega should be main eventers not on the kick-off.

Back with the panel, they talk the United States Championship match between Shinsuke Nakamura and Jeff Hardy. Renee interviews Nakamura with some fan questions. She asks how he is but he doesn’t answer. Renee asks how dangerous Jeff Hardy is but Nakamura just smiles, doesn’t say anything. She asks if he can hear and he says yes. Sam Roberts asks a question about the match and Nakamura says he’s a clown, like Hardy. Booker then asks how he feels to face a legend like Jeff, to which Shinsuke says he respects him but he will take away his style.

We see a video package for the Ronda Rousey/Nia Jax/Alexa Bliss feud. They discuss the match and the fact that Ronda will be there live at ringside. Booker says if she’s smart, Ronda won’t do anything tonight, just analyse the match. During the discussion, Dolph Ziggler and Drew McIntyre walk-up and take over. Ziggler says people wanna talk about him. Booker T says Ziggler is like a new man since coming back to Raw. Dolph says he’s so good at what he does. He has made a career of turning no chances into success stories. He says he took the chance from Seth Rollins and won the IC title. He says having the fans like Rollins does can be very helpful in a night, but in the long run they hinder you and turn on you. McIntyre reminds us he beat Rollins won the match last week. Otunga asks if McIntyre plays into the game-plan, and Ziggler says yes. Ziggler says that Rollins has all these people behind him, but he has a giant psycho in his corner, which is all that really matters. Ziggler says he is the best and with McIntyre in his corner he may never lose again. The panel make their predictions and Rollins takes the majority.

Sure, the #Raw #WomensChampionship #ExtremeRules Match is going to be good…

…but there’s a different title match that #ICChampion @HEELZiggler would prefer to discuss right now. pic.twitter.com/4wZvesq87T

The New Day Vs. Sanity

The bell rings and all six men start brawling. Everyone gets cleared from the ring as New Day take charge. New Day set-up a table at ringside but then get jumped by Young, Dain and Wolfe. Inside the ring, Wolfe and Young beat on Big E. Young accidentally hits Wolfe, then E knocks them to the apron. He looks for a suicide dive through both of them but they get their knees up and clobber Big E.

Young moves the table around at ringside while Wolfe kicks E inside the ring. We get another split-screen commercial for Extreme Rules. Kofi, Woods and Dain just disappeared from this match. Wolfe and Young really slow things down and beat E all over the ring. They lift him up and attempt to throw him over the ropes through the table but Kofi and Woods appear on the opposite apron. Wolfe and Young get baited over the top rope to the floor, the Kofi and Woods hits flips over the top rope. Killian Dain returns and he hits a suicide dive onto Woods and Kofi.

Sanity stack two tables, one upside down and Wolfe looks to suplex Kofi from the top rope to the floor but New Day make the save. Woods and Big E grab Young and Wolfe in powerbomb positions, and Kofi leaps from the top rope with foot stomps to both men. New Day are in charge again and place Eric Young on top of a table at ringside. Killian Dain throws Kofi from the top rope, then drops Woods on top of Big E. Kofi kicks Dain in the face, then hits Trouble In Paradise. Wolfe lifts Kofi onto his shoulders on the apron but Kofi slips down and looks for a German suplex to no avail. Wolfe bites Kofi, who tries to pull away, allowing Young to jump off of the middle rope, catching Kofi in mid-air and slamming him through the table at ringside!

Back with the panel, Renee hypes tonight’s show and tells us that Ronda Rousey is in the building. The final match for discussion is Bobby Lashley Vs. Roman Reigns. Sam Roberts says Lashley has wanted this match for a long time. Booker says Reigns is the guy, and Otunga says Lashley wants to be the guy. Renee says tonight is personal and we’ll find out whose yard it truly is. We see a video package for the match and that’s all she wrote.

News Tip
wpDiscuz
86
0
Would love your thoughts, please comment.x
()
x
| Reply
You are going to send email to
Move Comment