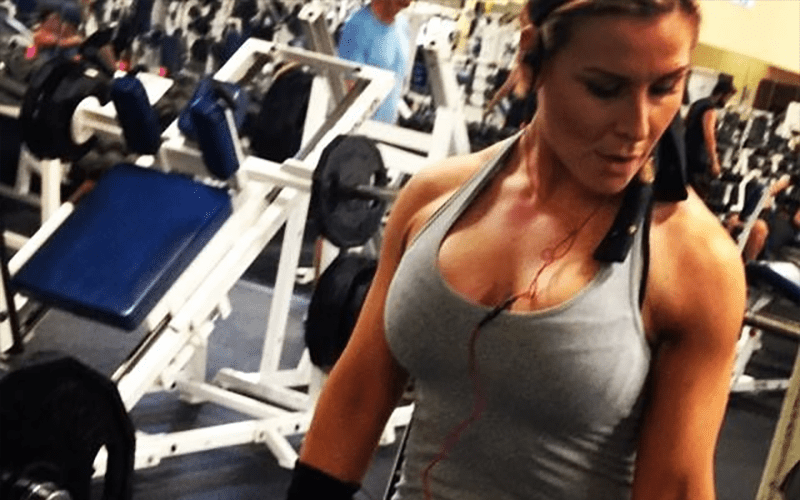 RAW Superstar Natalya is one of the strongest pound-for-pound women’s wrestlers on the main roster. With years of wisdom and a loveable character, Natalya has been a mainstay on the roster whilst other competitors have come and gone.

Natalya was interviewed by The UK Sun, where the former SmackDown Women’s Champion discussed her family at length, also mentioning how she feels training with men in the Hart Dungeon made her an even tougher person.

As a member of the Hart family, Natalya was one of two girls in the Hart Dungeon training with a class full of male competitors.

“There was only one other girl in there with me and about 25 different guys coming in and out over the years. So, for the most part, there were only men to train with. We got treated all the same. I’m grateful for those days because nothing was handed to me – it made me stronger. Training with men made me tougher.”

Harry Smith was one of Natalya’s first training partners. She explains how his advice and working alongside him helped her become the woman she is today.

“Harry is 6’5” and he was one of my first training partners. It was like a chihuahua wrestling a great dane! I had to learn to stand on my own two feet. When I look back, it’s helped me so much. There’s nothing I can’t get through in WWE.”

Wrestling is something Natalya has been around her entire life. Her family and husband all have some relation to the industry, as she does herself.

“I’ve been surrounded by wrestling my entire life with my uncles and my dad. My grandfather had a wrestling ring on his lawn as well as the Dungeon in his basement. I couldn’t imagine a day in my life where I wouldn’t talk or think about wrestling – or get in the ring. There wasn’t anything else in my life I ever dreamt about doing.”

Finally, Natalya discussed how her father Jim Neidhart was very protective of her over the years.

“He was very protective. I have two sisters and he didn’t want us in the ring. When he was competing, there wasn’t a prominent women’s division. He came from a different era and he didn’t want us to get hurt. Females become more dominant in WWE with Trish Stratus and Lita, but it wasn’t until he saw me have my first match… he’s been my biggest fan ever since.”

Would you like to see Natalya capture another Championship? Did you enjoy Natalya’s reign as SmackDown Women’s Champion? Sound off in the comments below.