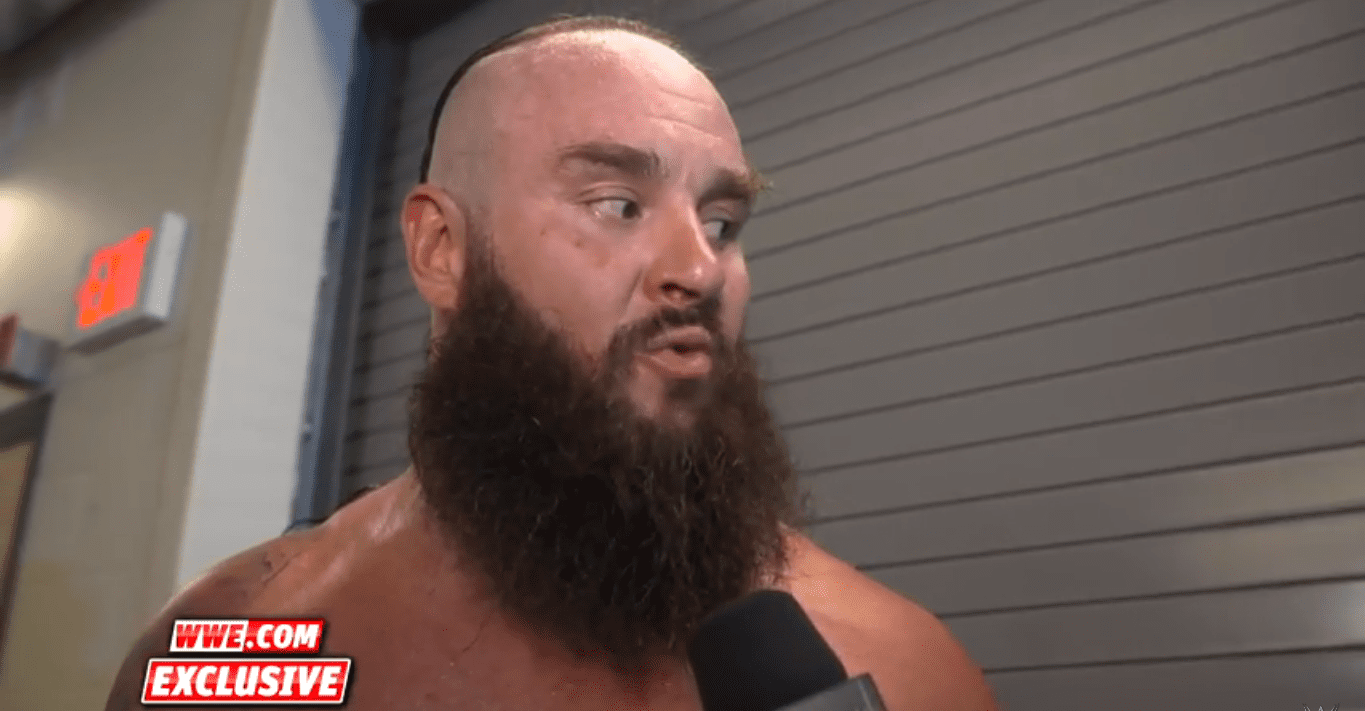 Kevin Owens won his match against Braun Strowman at Extreme Rules but not in a conventional fashion. Owens was thrown off of the Steel Cage by Strowman and sent crashing into the announcer’s desk which ultimately gave him the win.

A battered Owens was put on a stretcher and rushed backstage after this insane cage spot.

Strowman, however, was extremely delighted to have sent Owens to the hospital. In a backstage interview, Strowman revealed his thoughts on Owens’ condition after their match at Extreme Rules.

Strowman told Mike Rome, the interviewer, to visit Kevin Owens at the medical facility and “congratulate” him for his victory at Extreme Rules.

If you happen to drop by in a medical facility here in Pittsburgh, congratulate Kevin Owens on his win.