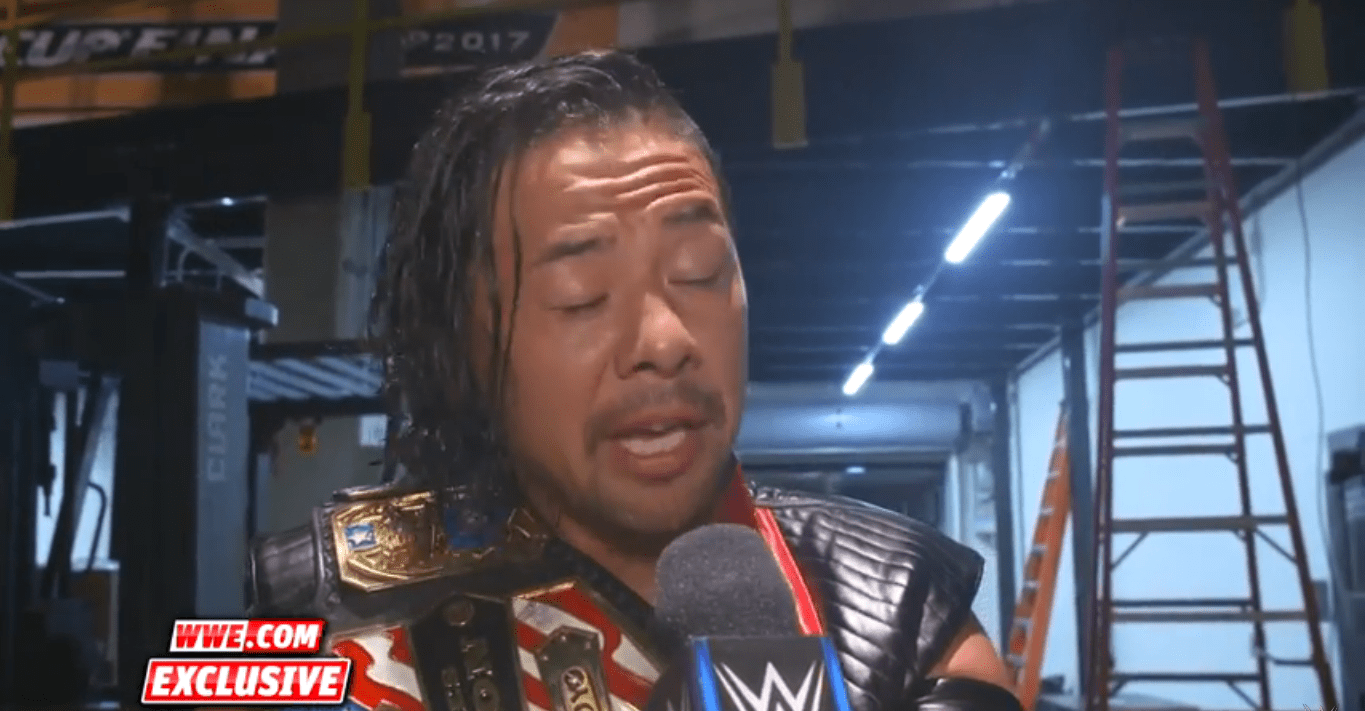 As seen at tonight’s WWE Extreme Rules event, Randy Orton made his return to the WWE after being out of an injury. Orton came out after Shinsuke Nakamura defeated Jeff Hardy and ended up attacking Hardy.

Nakamura was asked for his opinion on Orton’s surprising return in a backstage interview. The King of Strong Style had a very strange answer for what went down with Orton and Hardy.

Nakamura was also asked about his title win at the show. Here’s what he had to say about his match against Hardy.

I don’t want hard match. Finally I hit the Kinshasha on Jeffy Hardy. Then pin, 1-2-3 [and] then I became US Champion.

When asked about Orton’s shocking return Nakamura replied just by saying: “That was nice…”

You can watch the entire video of the interview here:

What did you think about Nakamura’s reaction to Orton’s return? Let us know in the comments below…