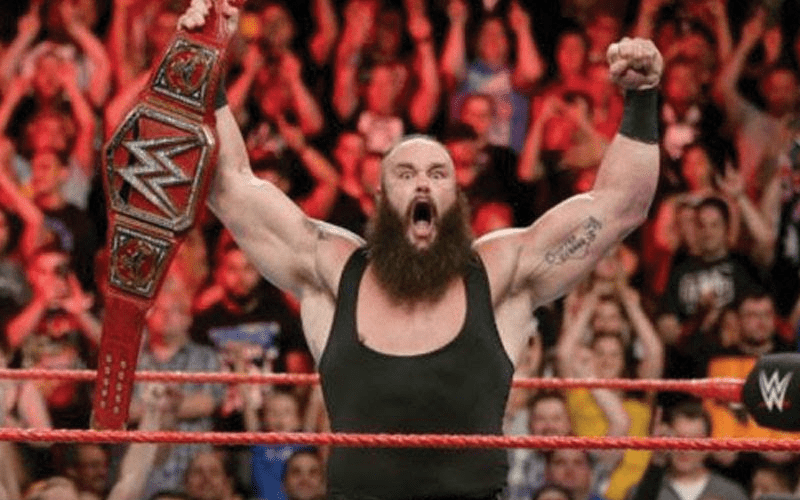 Braun Strowman picked up the Money In The Bank briefcase meaning he can cash in at any moment (when Lesnar is around) and become Universal Champion. Now the only thing we have to do is wait.

While talking about what is going to happen after Extreme Rules, The Wrestling Observer Newsletter noted that Strowman is almost a lock to become Universal Champion. He can’t lose his cash-in at this point or he would lose all credibility and kill his character which is something WWE does not need in the slightest.

“Braun Strowman has the MITB briefcase and I can’t imagine them booking him to fail in the cash-in, so it’s almost a lock he ends up as champion, but a question of when.”

This makes perfect sense and could stand to tell a great story. The only question is if WWE is going to pull the trigger on Strowman at SummerSlam or wait a little longer. Let’s hope it’s sooner than later.