Ryback opens today’s show by speaking about Brock Lesnar’s surprise appearance at this past weekend’s UFC event. He points out that Brock Lesnar is in a field of his own right now as a part-time UFC fighter and a part-time WWE Superstar. You can say what you want about Lesnar, but nobody can fault his ability to market himself and to generate income for himself and his family.

It’s pretty incredible in Ryback’s opinion that Lesnar has been able to excel at the level he has in two completely different businesses; WWE and UFC. He points out that Lesnar is a legitimate heavyweight who has to cut to make weight as a heavyweight, whereas Daniel Cormier will be lighter than Lesnar, coming in at around the 240lb mark. This should be an advantage for Lesnar, but we’ll have to watch to find out. 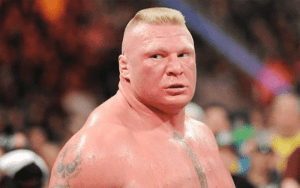 Ryback is unsure whether Lesnar will hold the WWE Universal Title up until this fight with Cormier, which won’t take place for another 6 months or more. However, he notes that it would be a great situation for WWE if Lesnar were able to defeat Cormier for the UFC Heavyweight Title, making him a Champion in both UFC and WWE at the same time.

Ryback talks about Kane’s Mayoral race, and the notion that he could be distracted from his job as Mayor if he continues to work for WWE. Ryback doesn’t think Kane would have any issue balancing his day job and a part-time role with WWE at all. Being a Mayor is just a job, and if Kane decides to work a couple of dates for WWE on the weekends, then Ryback doesn’t see any issue with that at all.