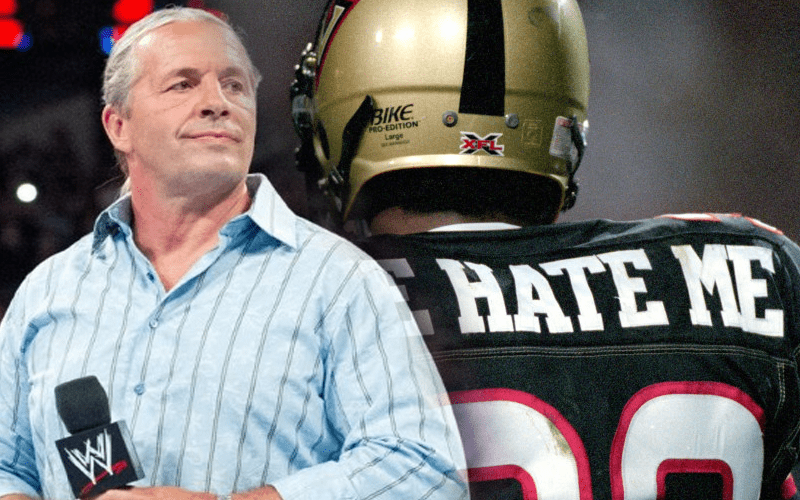 Bret Hart has been pegged for being very bitter a time or two and he recently let loose on CBS’ In This Corner podcast about how WWE is treating their wrestlers. He said they should be paid more and then went on to bash the upcoming XFL revival because he said it was being paid for by the pro wrestling business.

Hart is not shy to state his opinion and he didn’t hold anything back as he said XFL players will be treated like the “finest cattle” which will be well above anything WWE does for their own employees.

“They’re gonna put millions of dollars into the XFL, another one. We all know that’s being paid for by the wrestlers, by the wrestling industry. But none of that is gonna filter down to any of the wrestlers.”

“That’s gonna filter down to a bunch of football players being padded with football contracts and they’re gonna have special doctors and they’ll get all the things the wrestlers never got.”

The XFL’s revival is supposed to be paid for by Vince McMahon and not have any money come out of WWE. But that doesn’t seem to be Bret Hart’s opinion on the matter at all.