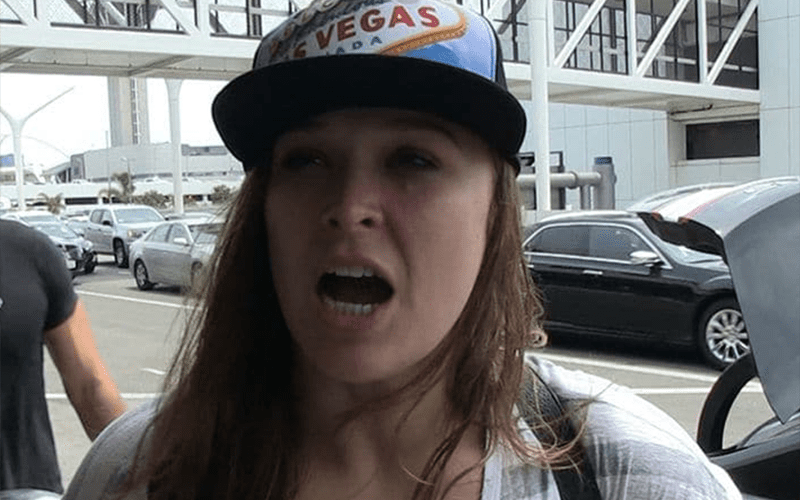 Ronda Rousey is a UFC Hall Of Famer but she won’t be watching Brock Lesnar and Daniel Cormier fight whenever that actually goes down. The now-WWE Superstar was approached by TMZ where she explained her reasoning for not watching the fight.

She was asked about her UFC Hall Of Fame induction and said “don’t take no for an answer” is her advice to any little girls out there. She said it’s up to WWE if she ever gets in their Hall Of Fame but she has to put in a lot more work.

Then she said she won’t be watching the Lesnar vs DC match when it happens. She said both guys are friends of hers and it will be hard to watch and she might not watch it. Rousey said she won’t be happy about how it turns out either way so she’s not going to do it.

It looks like Rousey is still very much connected to MMA and seeing them beat each other up could just be too much to take seeing how she knows both guys. Because they’re liable to wreck each other to the best of their abilities.