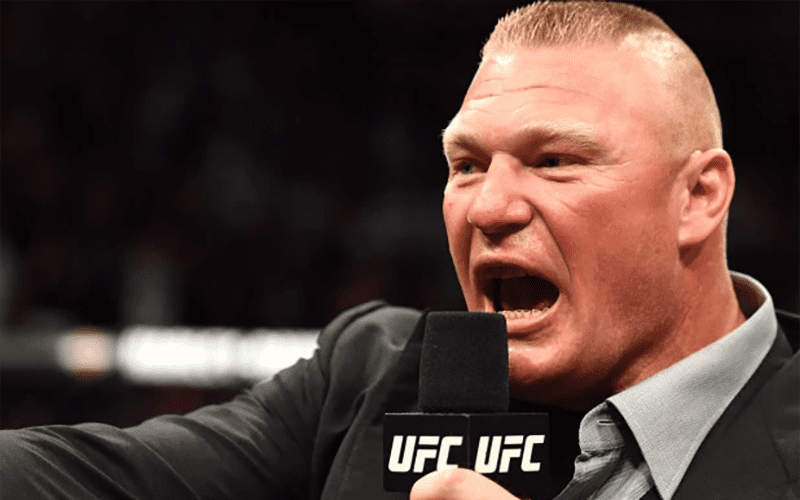 Brock Lesnar has re-entered the USADA testing pool. His UFC return blew up the internet and now it’s a reality.

Brock Lesnar’s time in WWE is coming to a close again. He never shows up because his contract is a great part-time deal. But there is also huge money in MMA and after popping up at UFC 226 this weekend, he really sent a message.

Lesnar vs Daniel Cormier is going to happen, we just don’t know when yet now it looks like there’s even more of a  chance that we’ll see him again.

MMA Fighting reports Lesnar re-joined the USADA testing pool on July 3rd so he would be eligible for a fight in January. It looks like we’ll get to see a return to the Octagon for Lesnar sooner than later.