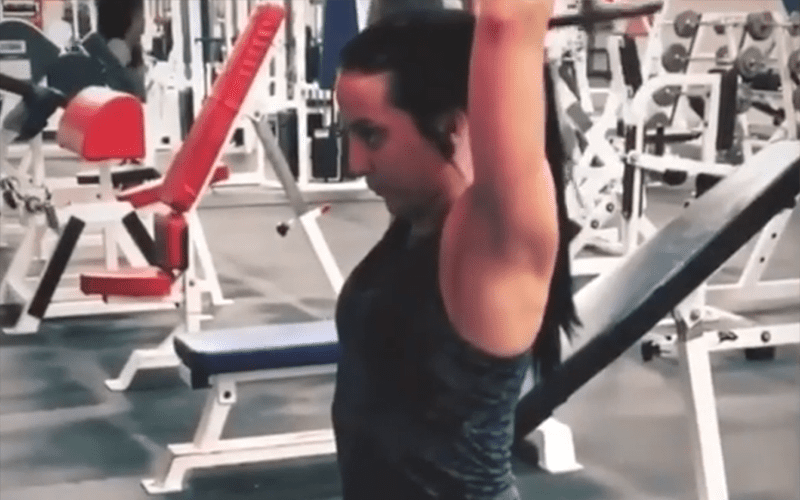 Ruby Riott suffered an injury to her left knee when she had a match against Dana Brooke that was booked at the last minute. The two had never worked together before in a singles match and Ruby was injured during their time in the ring.

Thankfully, Ruby won’t need surgery and she’ll be evaluated in the next couple of weeks to determine if she can come back. It’s only a sprain.

But Ruby’s injury won’t keep her from the gym. Riott posted a video on her Instagram saying her arms aren’t broken and she’s still obviously working had to prepare herself for a return.

This should just show how much she wants it. In the meantime, Liv Morgan and Sarah Logan are holding it down for her during Riott’s absence.