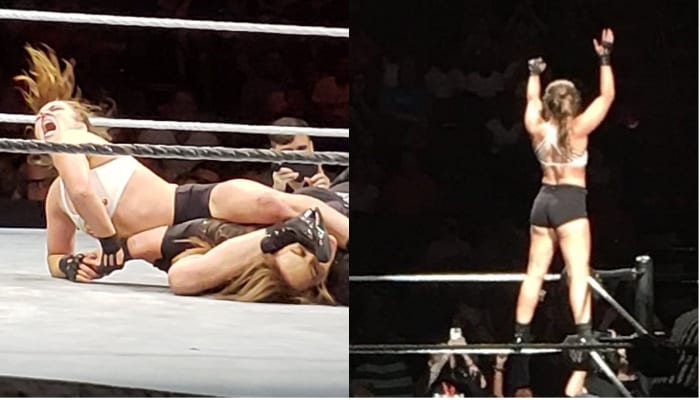 They made the wording very carefully when Ronda Rousey was suspended. She wasn’t allowed to be on Raw for 30 days. But that obviously doesn’t include Extreme Rules and it doesn’t count house shows either.

It wasn’t too long ago when Rousey was accepting an induction into the UFC Hall Of Fame. But she transitioned back into being a WWE Superstar rather quickly and the Philly crowd popped for her bigtime when she pulled off the win.

It might only be a matter of time before she’s back on Raw. But at least she’s keeping in ring shape by working at house shows.