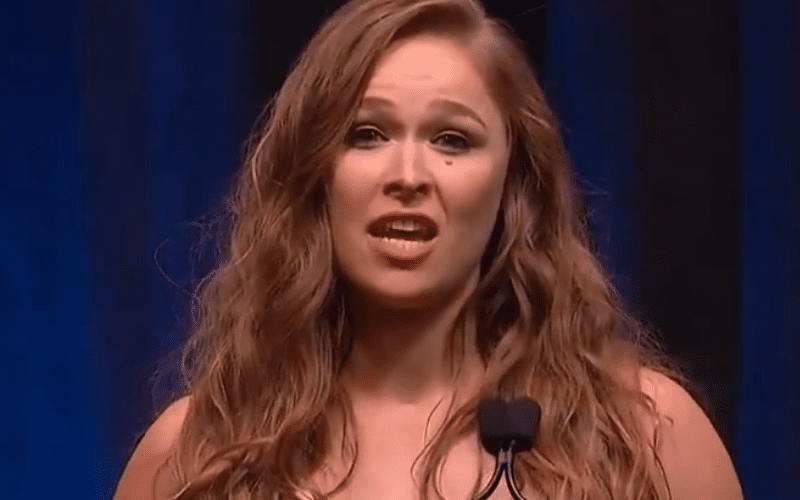 Ronda Rousey became the first woman ever inducted into the UFC Hall of Fame on Thursday evening. Below are several clips from the ceremony.

The first woman to enter the #UFCHoF.

She proved it all.@RondaRousey takes the stage NEXT.