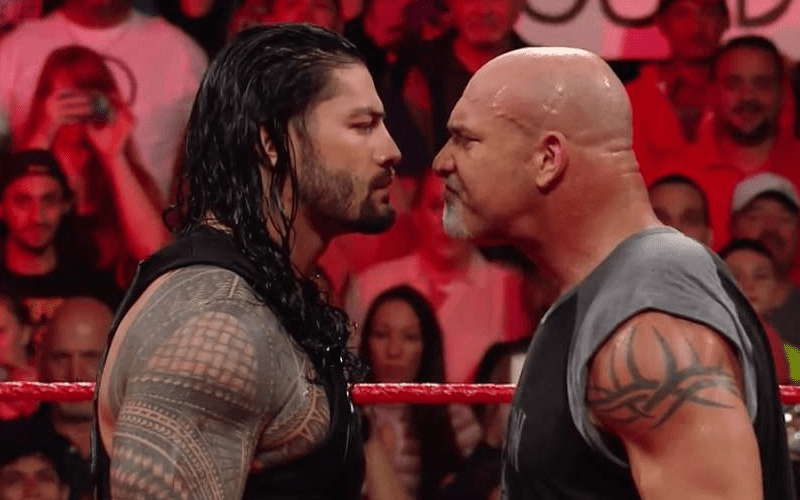 While speaking with Chris Featherstone of Digital Spy, Bill Goldberg was asked if we could potentially see him face Roman Reigns at next year’s WrestleMania 35 event. Goldberg revealed that it wasn’t up to him but mentioned that The Undertaker & Reigns are both on his list right now.

“All I got to say is, it ain’t up to me. Whether it’s Reigns or ‘Taker, and, I don’t know, I’m not gonna say anybody else. Hey, Reigns and ‘Taker are the two guys on my list right now. I mean, obviously for two different reasons, but I’d be honored to get in the ring with either one of them.”

Goldberg also teased a match with Brock Lesnar but mentioned that he’s two-and-one on him right now.

You can check out the complete interview here.