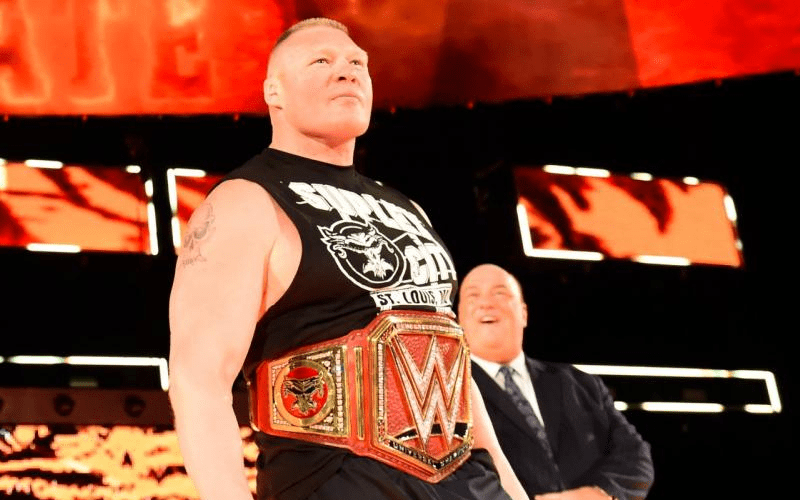 Universal Champion Brock Lesnar has appeared on RAW 196 minutes since capturing the Championship and the majority of fans are officially sick of “The Beast Incarnate” as Champion.

Additionally, many are of the belief that one of three men are likely to take the Championship away from Lesnar. These are Roman Reigns, Seth Rollins or Bobby Lashley. Despite what fans may think of these Superstars, many have the opinion that Lesnar would be better off dropping the title to one of them so it can be defended more often.

With all the criticism falling on Lesnar, is the man that defeated The Undertaker’s undefeated WrestleMania streak to blame? Well, as Dave Meltzer of the Wrestling Observer Newsletter points out, it isn’t even his call.

That's on Vince, not Brock. At least figure out who the person who made the call. https://t.co/jrRkVCx2kD

At the end of the day, it is McMahon’s decision not to book Lesnar. One of the reasons he does this is to generate negativity towards Lesnar as a heel so the inevitable payoff garners a widespread reaction. Another is to add a prestigious notch to the belt.

In fact, Lesnar has just passed the Honkey Tonk Man’s historic 454-day reign as the Intercontinental Champion from 1987-1988.

Universal Champion @BrockLesnar continues to climb the list of longest title reigns in @WWE history. By the end of today, his current tenure with the Universal Title will surpass the length of @OfficialHTM's historic 454-day reign as Intercontinental Champion from 1987-1988.

One factor that may, however, play into McMahon booking Lesnar is the amount of money required by WWE to pay the Universal Champion per appearance. They make the most out of this.

Another is that Heyman and Lesnar are able to offer suggestions to McMahon, though it is McMahon who makes the decisions on what happens, ultimately. If Lesnar’s situation is similar to what Daniel Bryan had to say to Gorilla Position, Heyman and Lesnar could have up to 95% of their ideas knocked back down by the WWE Chairman.

It remains to be seen what does happen with the Universal Championship, but it is expected that Lesnar drops the Championship before WrestleMania 35.

Who would you ideally want to see defeat Lesnar for the Universal Championship? Sound off in the comments below.