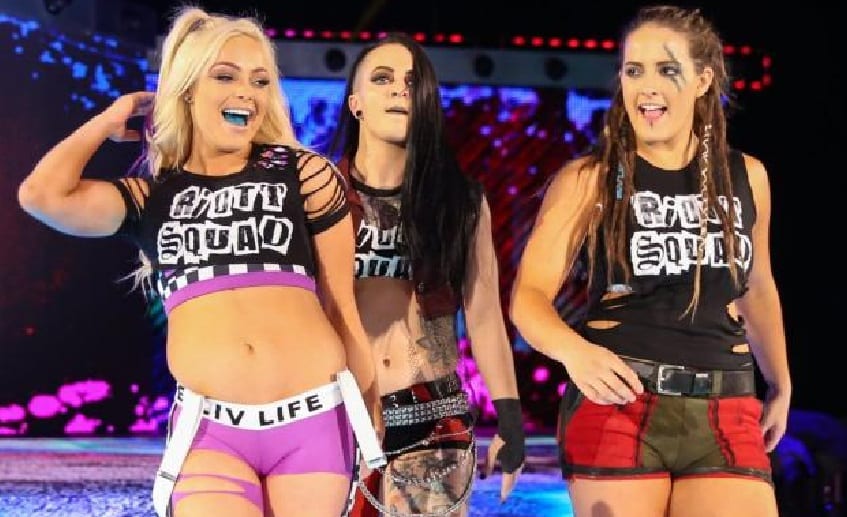 Ruby Riott went down with a knee injury due to something that went wrong during a match this weekend. She powered through the pain as much as she could, but something is obviously wrong because WWE scheduled her for an MRI today instead of Raw.

Sarah Logan and Liv Morgan represented the Riott Squad without Ruby, but she was with them at heart. This didn’t help Liv Morgan defeat Ember Moon though.

Riott commented saying with or without her, the Riott Squad are still the most dangerous women on Raw. She was obviously proud of the way everything went down on Raw this week. Let’s just hope her knee injury isn’t anything too bad.

It looks like Morgan and Logan will continue to cause trouble on Raw because nobody can quiet the Riott.

With or with out me.
The #RiottSquad are the most dangerous women in this division. @YaOnlyLivvOnce proved that tonight.
And @sarahloganwwe said it best.@WWEEmberMoon…
You messed up,
because NO ONE CAN QUIET THE RIOTT! pic.twitter.com/jHYoNZO7GM