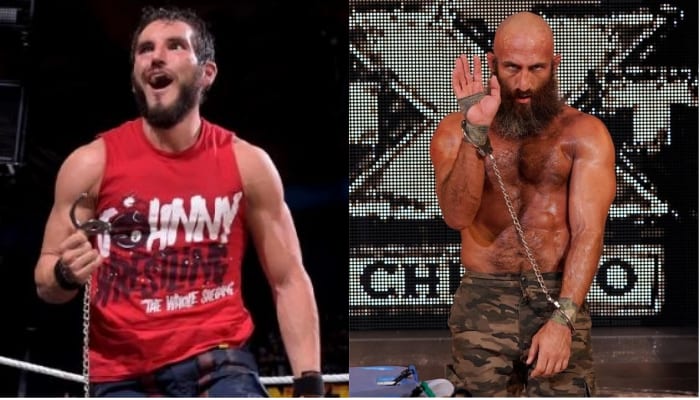 Johnny Gargano and Tommaso Ciampa’s rivalry has highlighted NXT for over a year at this point. Ciampa turned on Gargano at last year’s NXT TakeOver: Chicago show and the two tore the house down in the main event of this year’s show as well only they weren’t on the same team anymore at all.

Tommaso might have come out the victor during this year’s Chicago show, but Gargano got a little bit of revenge recently when he placed a Tommaso action figure where he thinks it belongs.

Johnny Wrestling was pretty pleased with himself when he posted a picture of a Ciampa action figure in the middle of the toilet paper section. If anything it could give some fan a nice surprise who didn’t expect to find a rare Ciampa figure while they are shopping for bathroom tissue.

Gargano claims he just walked in and found this Ciampa figure in the middle of the toilet paper, and while it’s hard to believe him you never know what can happen in Cleveland. It looks like the rivalry between Johnny Wrestling and Ciampa is far from over.