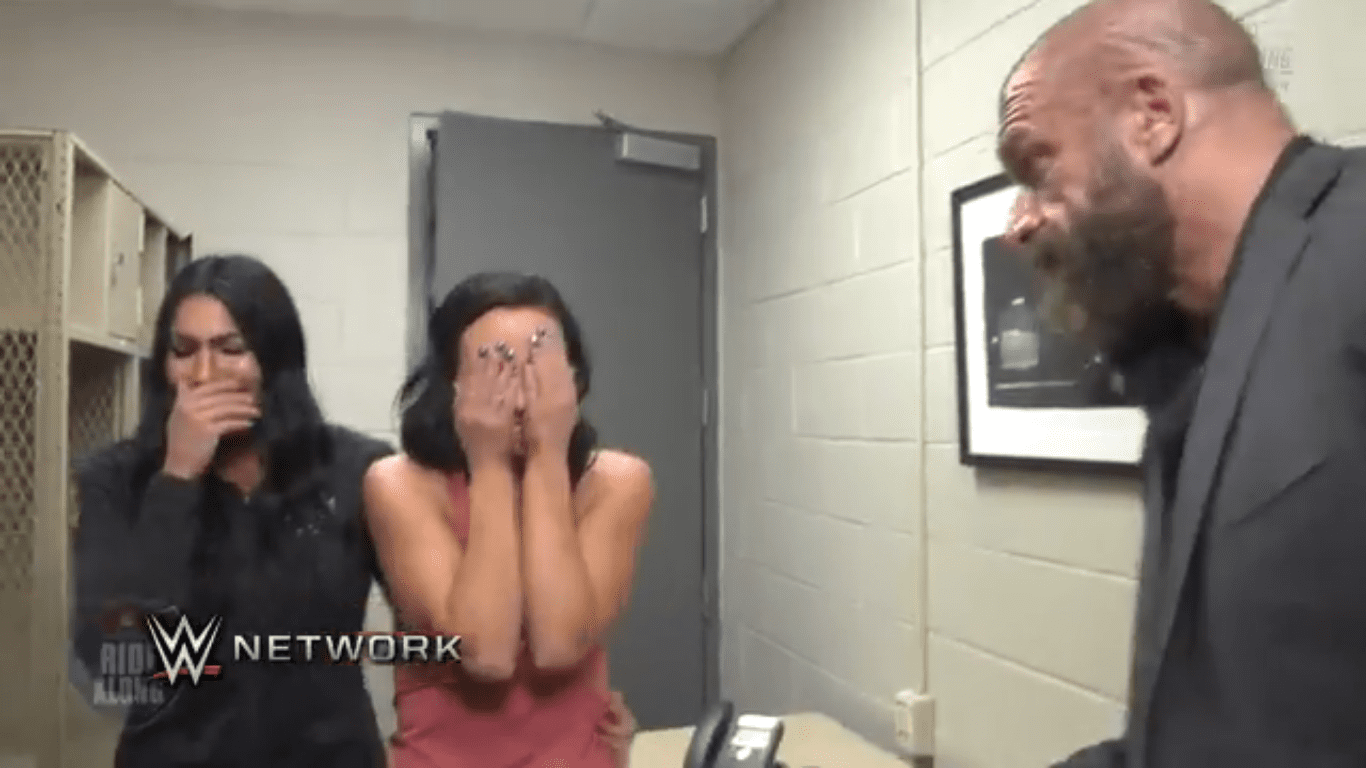 The IIconics have earned quite a name for themselves in the two months that they’ve been on the main roster. The ever-popular duo of Billie Kay and Peyton Royce have been heavily featured on SmackDown LIVE and continue to make strides on the brand.

On a recent episode of Ride Along, WWE aired the footage of Kay and Royce reacting to the news of their debut on SmackDown LIVE. Watch the IIconics let their emotions loose as their mentor Triple H reveals the new chapter in their career.

What did you think about this special moment? Sound off in the comments below…