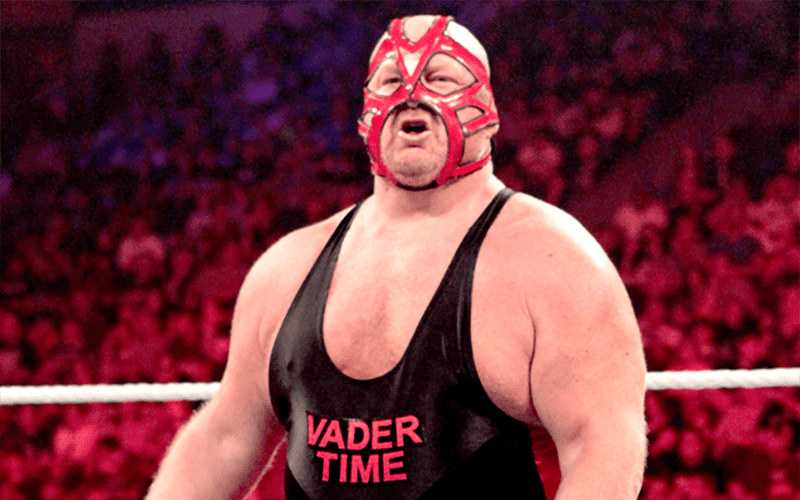 We lost Vader far too soon at the age of 64-years-old and he never got a chance to get his induction in the WWE Hall Of Fame. If an eventual induction is on the way, they didn’t give Vader much time on Raw this week.

Plenty of people had tributes to Vader and losing such a power in professional wrestling, but WWE didn’t do much in the line of remembering him. There was a really nice video remembering Vader, but it wasn’t shown on television.

The Wrestling Observer Newsletter said the decision was announces weren’t to bring up Vader and nothing was said nor was a video shown. There was a graphic up at the beginning of the show but nothing else was mentioned of Vader.

This is a very interesting decision for the company to make and they did the same with Lance Russell who wasn’t affiliated with the company much. Although it should be noted Vader did have a very notable run with WWE back in the day.