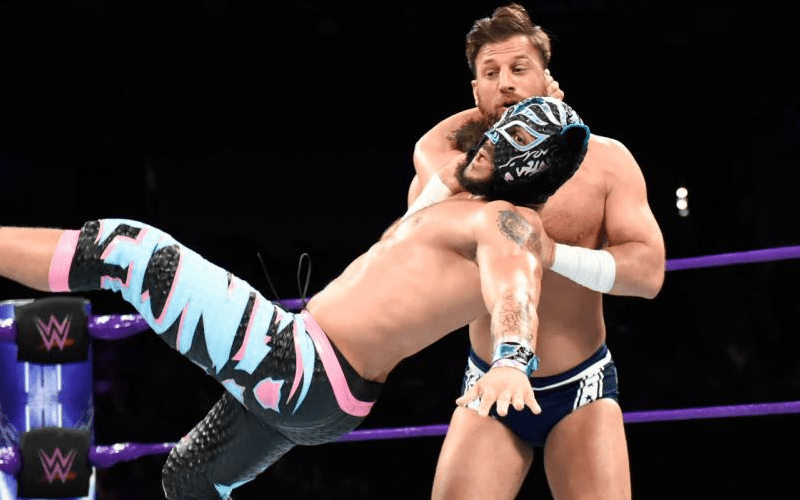 Mike Johnson reveled in the latest installment of PWInsider Elite Audio that WWE had made changes to the schedules that the cruiserweights work.

According to Johnson, before Triple H took over the 205 Live brand, talents would work Monday & Tuesdays nights, however that’s not what’s going on anymore.  Talents are now being cycled out on a weekly bases, which means they are not at all the events.

“Once Triple H took over as the showrunner for 205 Live, there was a difference in how the cruiserweights were used vs. when Vince McMahon had them. If you’re looking at live events, what they do now is usually the Cruiserweight Champion goes on the road and then they kinda cycle guys. One week Mustafa Ali will work the live events and then the next week it might be Tony Nese, it might be Brian Kendrick. They cycle the guys so that some are doing the live events and others are not. Most of them go to TV on Tuesday. The ones that are needed for WWE Main Event will be there on Monday as well. It used to be that the cruiserweights went Monday and then Tuesday, now not all of them do that.”

Johnson also discussed the decision to not have the cruiserweights work RAW because it will overexpose them and how it wasn’t helping them any.

“There was the decision to pull them off RAW, to not over expose them in short segments where it didn’t help them. What I mean is if there is a 3 minute match with Tony Nese and Mustafa Ali on RAW and the entire time the announcers are talking about what Roman Reigns just did in the parking lot — it doesn’t really present the cruiserweights as being important. Therefore it’s kind of a wasted loaded segment. It’s meaningless. Rather than do that they have pulled back on them so that when they are on 205 Live, there is more of a focus on them.”