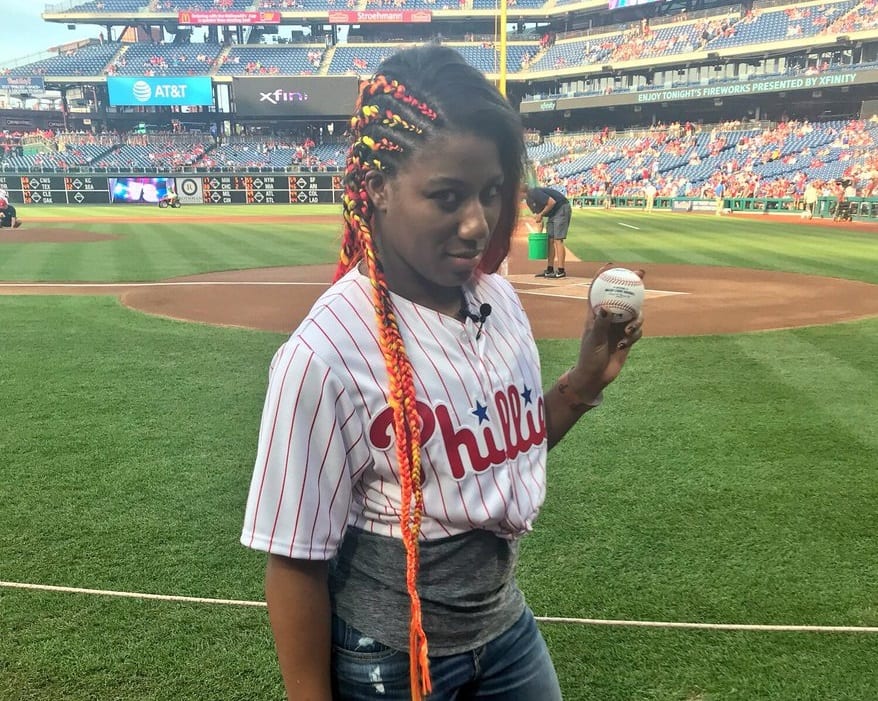 Ember Moon is very busy being a full-time WWE Superstar and she’s living her dream taking part in all things nerdy which she loves so much like Comic Cons. But Moon was recently a special guest at a Philadelphia Phillies game where she received a wonderful reaction as well.

Moon might not be a baseball player but she handled the first pitch very well. Now all she needs to do is work on her control a little bit because her arm isn’t half bad.

In all honesty, we shouldn’t expect Ember to be a great baseball player as the Houston Texas native was trained by Booker T to wrestle and not play baseball.

This probably won’t be the last time people make a big deal about Ember Moon because she has a great career ahead of her. But since it’s Summer she popped in on a Phillies game and everyone was happy to have The War Goddess around.

What a nice surprise on #WWE night @Phillies game to see @WWEEmberMoon throwing out the first pitch to the Ultimate Warrior’s theme music! @DanaWarriorWWE pic.twitter.com/sXTzjbMJAg