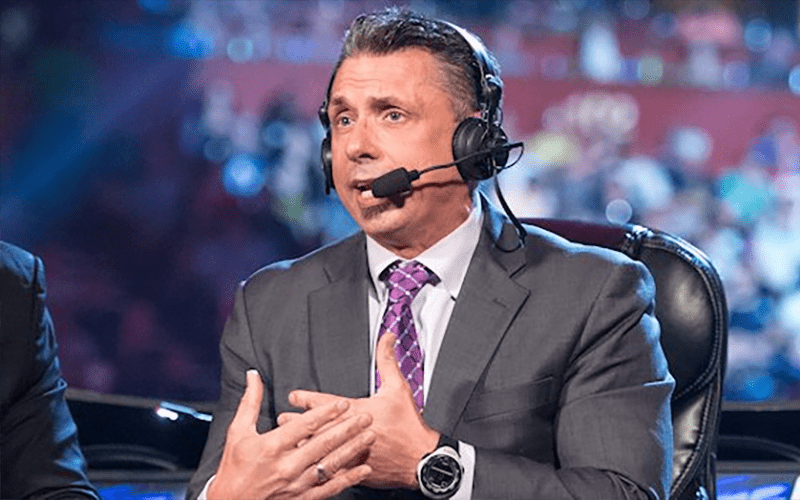 PWInsider reported early last year that there was talk about Michael Cole possibly retiring as an on-air personality and working in a backstage role only.

In an update, Mike Johnson reported on the latest installment of PWInsider Elite Audio that he has not heard anything lately about Cole stepping away as the lead commentator for RAW on Monday nights. In fact, Johnson indicated with Cole being the boss of the announce team, it’s very unlikely that he will step away anytime soon.

Johnson explained how eventually someone will be pulled from television in due time with age or if they have anyone better to fill the position but it doesn’t appear to be in the immediate future.

“Do I think at some point he will pull himself off TV? Listen, at some point someone is going to get pulled off TV due to age or the feeling that they got someone better. That’s just the way the wrestling world works. I have not heard anything about Michael Cole pulling himself off TV.”