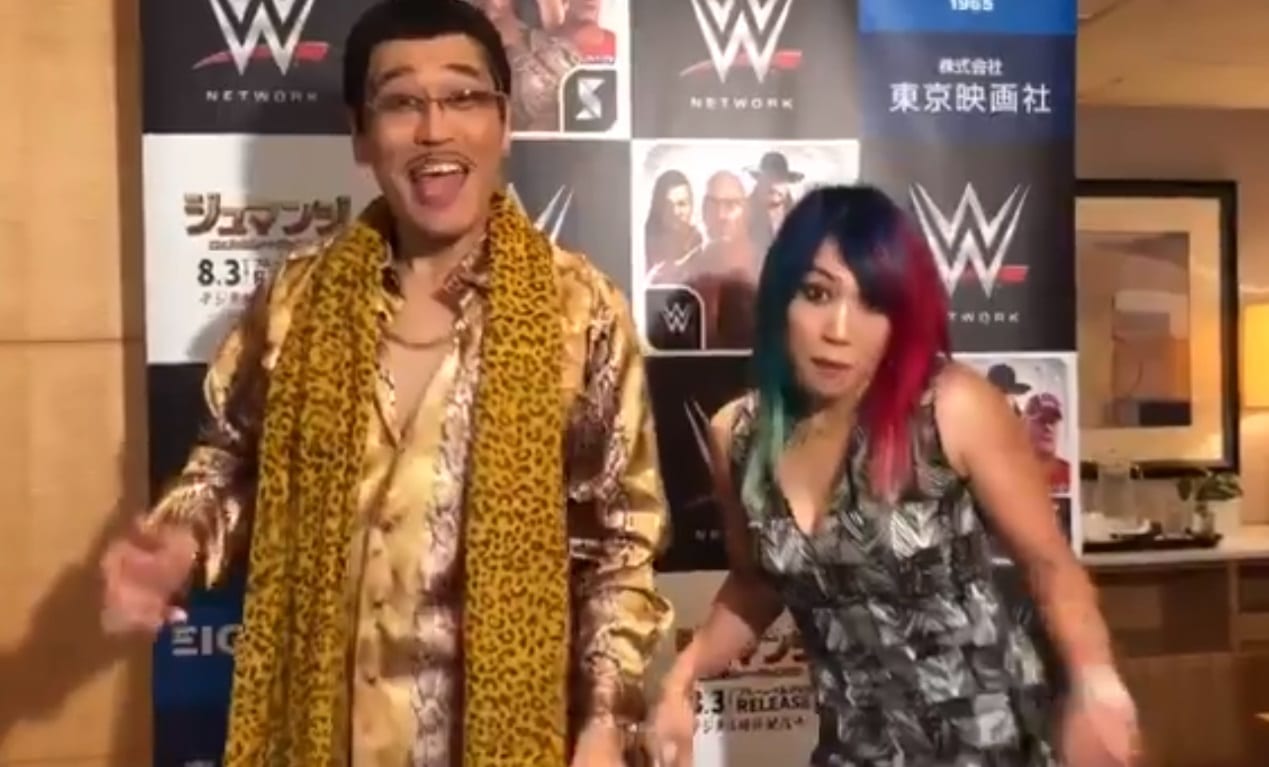 Asuka is in Japan right now enjoying her time as part of WWE’s mini-tour of her homeland. She is doing plenty of interviews and has no trouble speaking the language or relating to the culture and this really helps her as well. In 2016 Daimaou Kosaka came out with The PPAP Song and it was a huge success as weird as it might be.

If you’re not familiar with the “PPAP Song,” then you’re not alone because neither did we until this happened to Asuka at a recent interview. But over 205 million other people have enjoyed this catchy viral video and it’s still blowing up.

Asuka met the guy behind the PPAP Song while on tour and she couldn’t help herself but to do his famous song and dance with him.

We highly encourage you to check this video out and enjoy Asuka being a true Japanese babyface. We also included the actual PPAP Song video below so you can watch as well and know what this whole thing is all about in case you’ve never heard of it either because all you do is read wrestling news like us.