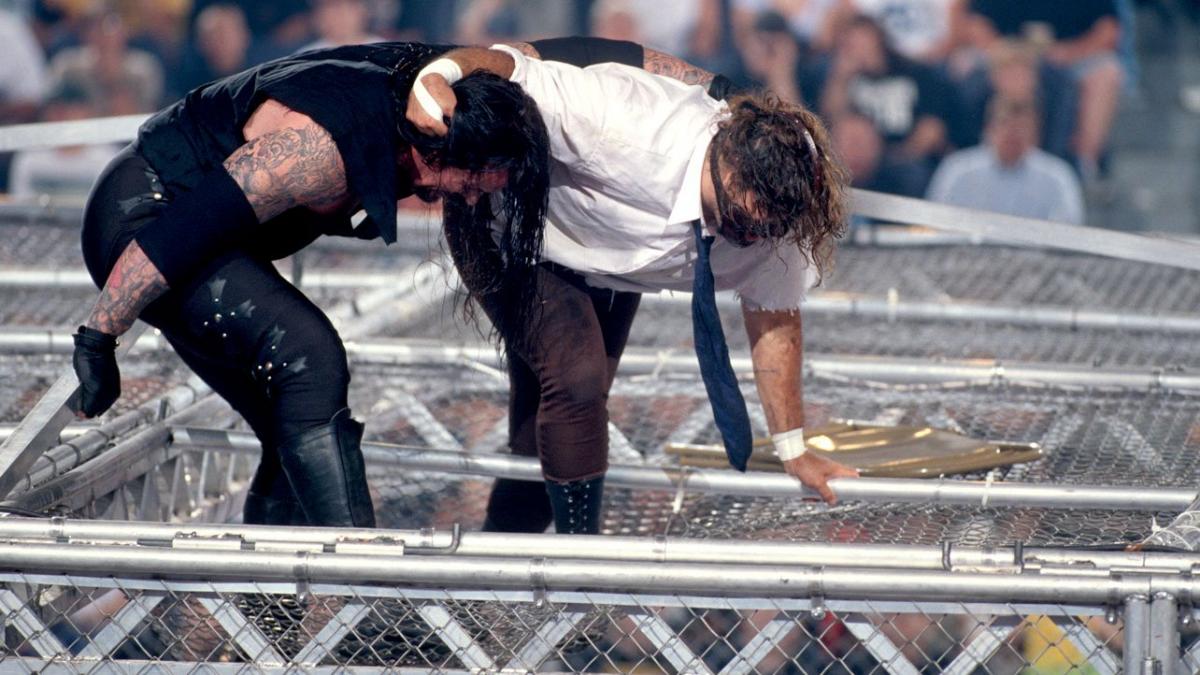 King of the Ring 1998 is most remembered for the memorable Hell In A Cell match between Mankind and The Undertaker. Twenty years on and this singular match is still being discussed. It made both men into who they are today.

Tim White served as the referee for that match. Through an interview on Prime Time with Sean Mooney, White described almost having a heart attack throughout the entire match.

In detail, White described how he felt throughout the pivotal moments of the match that we remember today. The brutal punishment to both men, specifically Mankind was something wrestling fans will never forget. White, who was right there when it happened, has much the same mentality.

“Well, you know what? That’s not fair. I’ve done so many Championship matches with so many guys through the years. Like I said, it was thirty-something years ago. So, every one of them I was privileged. Believe me, and I got excited. So, I remember some, I remember some funny ones. I remember some like where they just interviewed me. It’s twenty years this year since the Mankind/Undertaker Hell In A Cell, and I was the referee on that.”

“You know what’s unfair? I’ll just tell you, while we’re on the phone, right? You call me, you ask me. So they call me from the studios and they said ‘So what were you feeling right then?’ That was twenty years ago! I can’t- I do remember this. I told them I was having a heart attack through the whole match because when I spoke to Mick and Mark, they told me the spots they needed to know. But I didn’t know they’d were gonna do some of that stuff. And then when it broke down, now I’m going ‘Oh my god, oh my god! Is it gonna make it to the finish? Or what’s going on?’ Cos you’re always communicating back and forth. I’ll never forget after he went through the top of the cage. He threw him off through the announce table than he dropped down through and he’s crawling to the corner. Than Taker climbs back down and he gets in the ring and he goes ‘See if he’s breathing,’ and I get over to Foley and his nose- I mean his tooth is up through his nose, he’s bleeding from his eyes, his ears, and everything. So y’know, there’s a little grab you can do to see if he wants to keep going or should I just stop? Y’know? And he looks up and he goes ‘Where were the tacks?’ He forgot where the tacks were left; under the ring. So I told him and then doing my hocus pocus in the ring. I get back, The Undertaker he said ‘Let’s take it home.’ I said ‘Even I think that.’ I like, couldn’t believe it- that this guy had that in him. He dumped the tacks all over the ring. Then he made a move, Undertaker reversed it and Tombstoned him. I think they picked about forty tacks out of my arm from counting the one-two-three. And boy, I was so happy that everyone lived through that thing and it was over.”

“When he threw him off the top, I thought he was gonna reverse something. With the heat playing up the top and then climbed back down. But when he threw him off the top down through the announce table, I had no idea that was coming. That is when I almost threw up and I’m going ‘Oh god!’ So y’know, I think it might have been Serge or Bruce Pritchard up in the guerilla, saying ‘See if he is ok?’ Because, y’know, there are signs you give if someone is- if you do something that, you’re hurt bad man, y’know? But hey, that is why it is legendary. I was just glad to be part of it. I love both of those guys. That set the bar for Hell In A Cell matches, that is for sure.”

Have you ever saw the Hell In A Cell match? Were you on the edge of your seat watching? How do you react to White’s comments? Sound off in the comments below.

(If you use any of the news above, please H/T Ringside News for the transcription.)