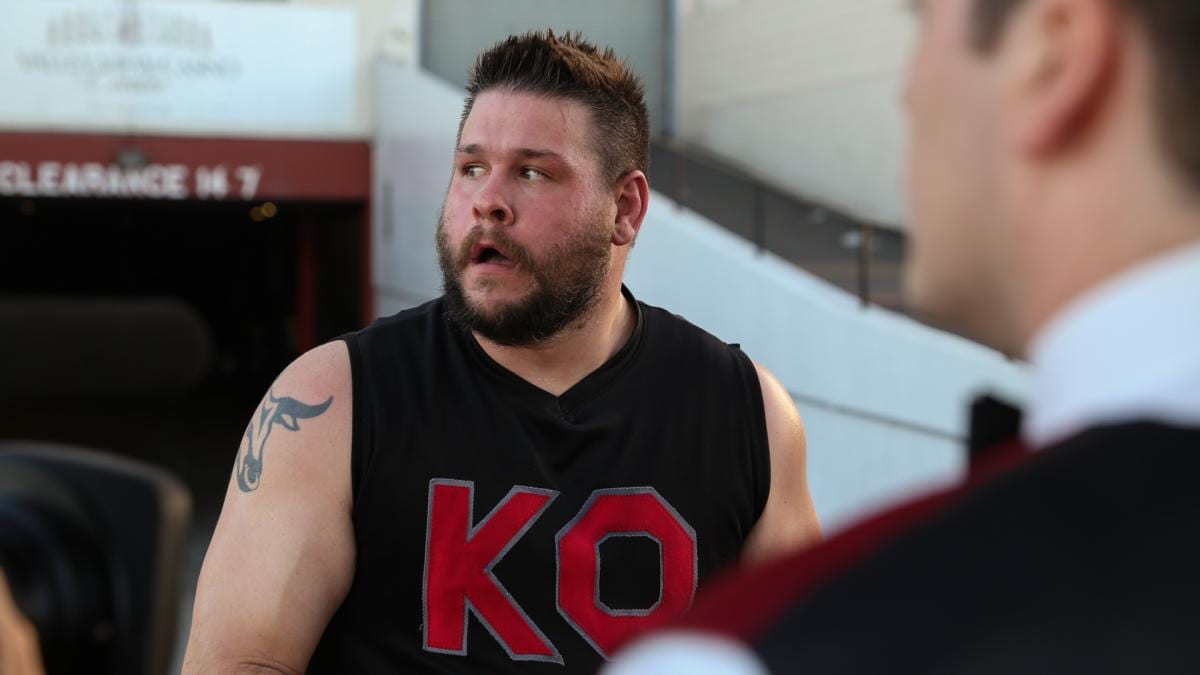 Kevin Owens and Braun Strowman appear to be headed toward a singles match down the line. KO was running from Strowman on Raw this week and before Strowman flipped Kevin’s car in the parking lot he had a chance to pull off a one-liner about Owens’ weight.

Dave Meltzer brought this segment up on Wrestling Observer Radio where he discussed how WWE had to go out of their way to take a dig at KO while he was running like a cowardly heel anyway.

“I’m watching this and I’m going, ‘the guy works there and he doesn’t know who Kevin Owens is, what does that tell you?’ But the idea was so they could get in the line, ‘he’s the guy who looks like he’s got a bowling ball under his shirt.’ So that’s the reason so they could get that line in. But to get that line in they made it so the idea is that nobody knows who Kevin Owens is. He’s only one of your biggest stars in the company.”

It looks like WWE isn’t going to slow down on throwing jabs at KO’s weight. Even though he’s a top star they’ll still arrange an entire segment so they can put in a fat joke if they can.