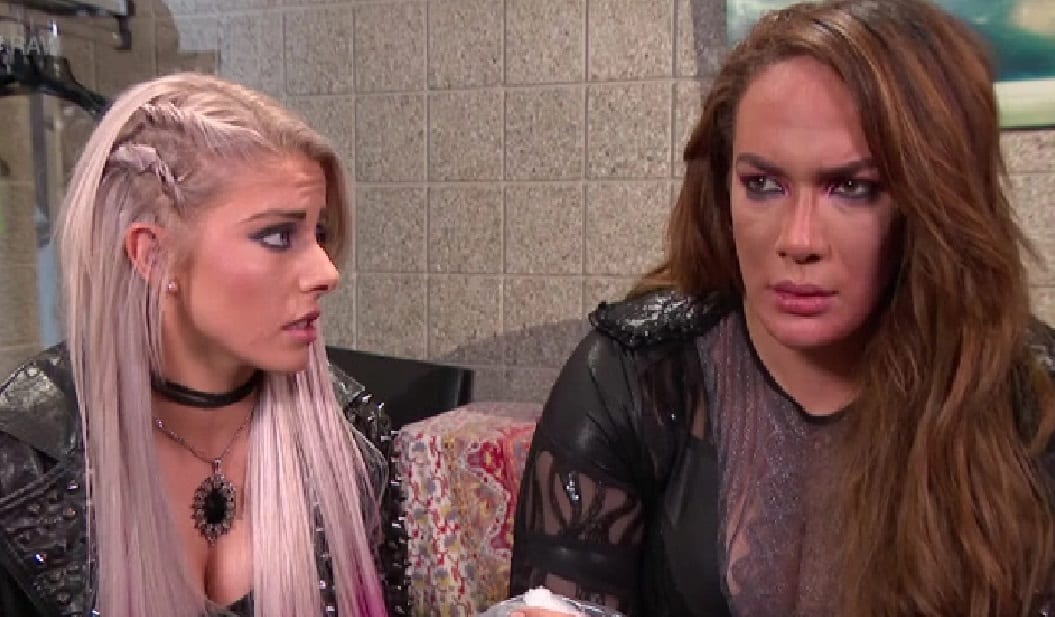 Alexa Bliss is now Raw Women’s Champion once again and she had to step over Nia Jax and Ronda Rousey in the process. There have been a few rumors floating around about real-life backstage heat between the two of them but you never really know in pro wrestling.

Bryan Alvarez discussed this situation on Wrestling Observer Live where he revealed everything he knew about Nia Jax’s backstage heat right now in WWE.

“Apparently there was a tweet where somebody accused Alexa of sleeping her way to the top and Nia liked it on Twitter. Then they unfollowed each other and maybe there’s been more. All I can tell you is this: I had one person tell me this whole thing is a work. I had another person tell me this thing is real, Nia has heat. Then Dave [Meltzer] claimed this whole thing is real and Nia has heat. That’s 2 to 1 that it’s real. Now it’s pro wrestling, I don’t know what to believe.”

“Listen, these two are feuding for the title at the next pay-per-view. I mean I’m immediately skeptical, okay? If there is something to this. I think the obvious thing is if tonight on Raw they do a storyline, I’m sure they’ll do something because they’re wrestling at the pay-per-view.”

Only time will tell if Nia Jax actually has heat backstage because she liked a comment about Bliss sleeping her way to the top. But this is certainly an interesting situation.