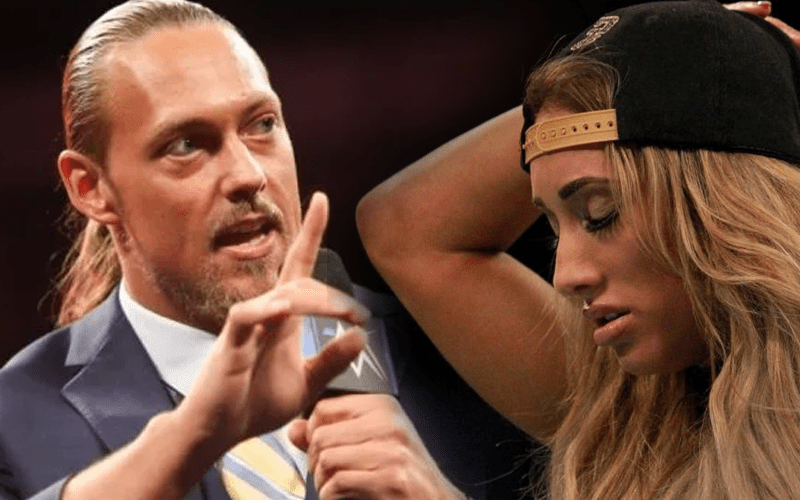 Big Cass is no longer a WWE employee which is just about the only thing we know for sure at this point. There is a rumor out there that Cass tried to talk to Carmella and ended up needing to be separated by Erick Rowan and The Usos, but there have also been other reports discrediting this story.

Bryan Alvarez addressed the rumors during Wrestling Observer Live recently where he explained everything he knew about the situation and just like everyone else, it sounds like Alvarez has also heard reports on either side of this situation.

“Well, Big Cass made a lot of mistakes. He did a lot of dumb things. That is certainly the rumor that the straw that broke the camel’s back was an incident, I don’t know if it was last Tuesday or the Tuesday before. It’s another one where I’ve heard conflicting reports.”

“I heard he was told he was fired on Monday, some people say Tuesday. Obviously, if he was fired on Monday it had nothing to do with what happened on Tuesday. But anyway the story is that he was trying to talk to her I guess about why they broke up. Because they were together for a long time, think about this they bought a house together. Then they broke up and he got fired this is all very very awkward.”

“So the story is he kept trying to get to get to her, she didn’t want to talk to him, they had to be separated. All I can tell you is this from not having been there. This story is out, it’s been reported and nobody is saying it didn’t happen.”

Perhaps one day we’ll find out what really happened backstage with Big Cass and Carmella. But we’ve heard from certain sources that this incident never happened.

Only time will tell though if it ever comes out in a shoot interview down the line, but this story is still out there. Regardless of whether it’s true or not Big Cass still made more than a few mistakes along the way.