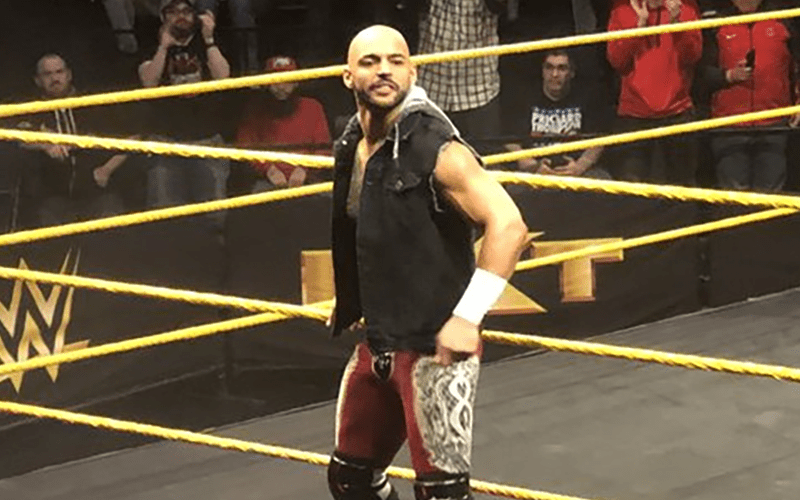 Rising NXT Superstar Ricochet was the subject of a news story from WPSD Local 6– his hometown local news. Ricochet, real name Trevor Mann, is an established professional wrestler who hails from Paducah, Kentucky.

Ricochet debuted back in 2003, surprising everyone close to him as he catapulted his way to success. Along the way, Ricochet has proved his doubters wrong through his insane work in the industry.

Back in 2016 during New Japan Pro Wrestling’s Best of the Super Juniors tournament, Ricochet faced off against rival Will Ospreay in a match that literally changed his future in the professional wrestling industry. The match garnered widespread attention for both men and the growing Japanese promotion itself. The match was widely praised by personalities like William Regal and criticized by those like Vader. This was due to the extremely choreographed nature of the match, as it didn’t seem legitimate.

Regardless, this match would be pivotal for Ricochet. It set him up for title opportunities around the world, with primetime matches at many companies over the independent scene. Coupled with a run as Prince Puma in Lucha Underground, Ricochet became a fan favorite.

Throughout his entire career, Ricochet has said his goal is to make it to WWE one day and wrestle in NXT. That dream has become a reality this year. In talking to Adam Wells of WPSD Local 6, Ricochet explains how it felt to finally sign his WWE contract.

“I never thought that I would be here. The fact that I am now is- it’s insane. I always say nothing is certain until it is certain. That is always the way I’ve just looked at it. It didn’t really hit me until I had the contract and I was at the post office. I thought, ‘Oh man. When I send this off, that’s it,’ you know what I mean? Now what I want to show is for my son- to show him that whatever he wants to do in life… it’s possible. You know what I mean? If my dad can live his dream, so can I.”

Ricochet is expected to have some involvement in the upcoming NXT TakeOver: Brooklyn show during SummerSlam weekend in August.

Are you a fan of Ricochet? How long have you followed his career? Did it start with NXT? Sound off in the comments below.

(If you use the quote above, please credit Ringside News for the transcription.)