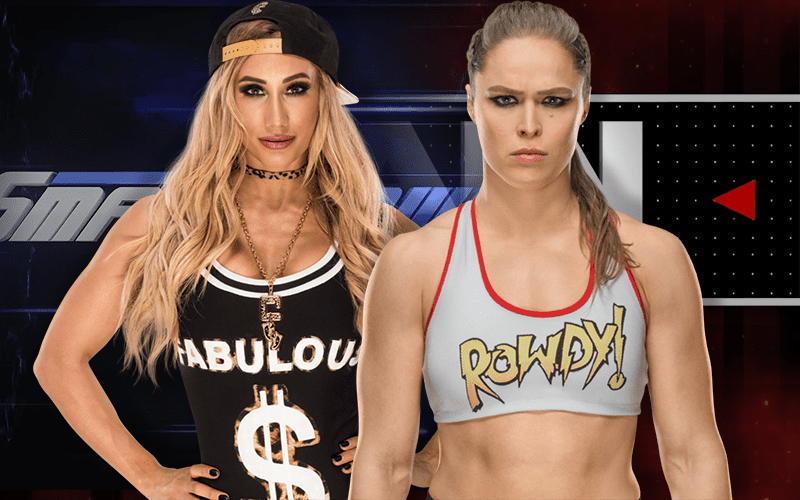 Carmella is pretty ambitious. She is also pretty confident. After all, Mella has defeated Charlotte Flair and Asuka and is still SmackDown Women’s Champion. With James Ellsworth by her side once again who knows what else she’ll be able to pull off?

The SmackDown Women’s Champion had to miss the live shows this weekend because she went to Australia in order to promote the upcoming WWE Super Show-Down.

While she was doing all of the media rounds, Carmella mentioned how she has defeated Flair and Asuka and said she’s looking for a challenge while throwing it out to Ronda Rousey.

It might not happen because they’re on different brands but you never know what can happen in WWE. After all, nobody expected Rousey to show up when she did at the Royal Rumble and she could pretty much do whatever she wants in theory. So Mella might end up eating those words in the end.